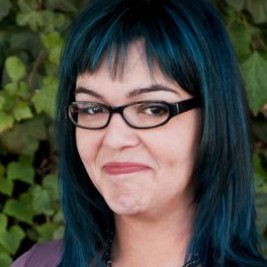 Businesses, Non-profit organizations, event planners and companies across the country have worked closely with our booking agents to hire Linda Tirado for a speaking engagements, guest appearances, product endorsements and corporate events. Many of those same clients have continued to turn to our speakers bureau as we can easily align Linda Tirado’s availability with their upcoming seminar, gala, annual conference, corporate function, and grand opening. Our close relationship with Linda Tirado’s booking agent and management team further enables us to provide inquiring clients with Linda Tirado’s speaking fee and appearance cost.

If your goal is to hire Linda Tirado to be your next keynote speaker or to be the next brand ambassador our celebrity speakers bureau can assist. If Linda Tirado’s booking fee is outside your companies budget or your unable to align with his appearance availability, our booking agents can provide you a list of talent that aligns with your event theme, budget and event date.

Linda Tirado is a completely average American with, until recently, two kids and two jobs.

Described as having “a way with words that’s somehow both breezy and blunt,” Linda Tirado is an unlikely author. Her critically acclaimed debut, “Hand to Mouth: Living in Bootstrap America,” is an account of life in the low-wage sector. Until her writing was featured in the Huffington Post, she’d spent her entire adult life navigating the mundane sort of dilemmas that millions of Americans face every day - like how to keep the electricity on when the rent’s due, or how to keep a job when you keep having to call in sick to cover extra shifts at your second job.

Tirado’s accidental essay, “Why I Make Terrible Decisions, Or, Poverty Thoughts,” has been read more than twelve million times. A year after she wrote it, she’d gone from working as a diner cook on the night shift to speaking at the London School of Economics during her first book tour. She speaks now on power and money and dignity, and what it means to live with very little of any of them in the wealthiest country on Earth. Out of the kitchen now, Tirado flips class conventions on their head wherever she finds them.

Tirado has been a guest on HBO’s Real Time with Bill Maher, MSNBC’s The Cycle and Krystal Clear, BBC Nightly News and World News among others, and dozens of radio stations worldwide. Her writing can be found in many outlets both on and offline including the Guardian, The Huffington Post, The Nation, Forbes, Financial Times, Der Freitag, Elle and Slate. She was named one of the BBC’s 100 Women Of 2014 and serves as an International Fellow at the Center for 21st Century Studies.