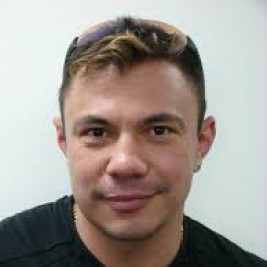 Businesses, Non-profit organizations, event planners and companies across the country have worked closely with our booking agents to hire Kostya Tszyu for a speaking engagements, guest appearances, product endorsements and corporate events. Many of those same clients have continued to turn to our speakers bureau as we can easily align Kostya Tszyu’s availability with their upcoming seminar, gala, annual conference, corporate function, and grand opening. Our close relationship with Kostya Tszyu’s booking agent and management team further enables us to provide inquiring clients with Kostya Tszyu’s speaking fee and appearance cost.

If your goal is to hire Kostya Tszyu to be your next keynote speaker or to be the next brand ambassador our celebrity speakers bureau can assist. If Kostya Tszyu’s booking fee is outside your companies budget or your unable to align with his appearance availability, our booking agents can provide you a list of talent that aligns with your event theme, budget and event date.

Kostya Tszyu was born in Serov, Russia on September 19, 1969. Starting his amateur boxing career in 1978 at the age of 9, he won the world amateur championship aged 22 in Sydney, Australia in 1991. In addition to his world championship, he was a five time Soviet champion and a three time European champion. His amateur record was 259 wins and only 11 defeats.

Watching his world amateur championship win in 1991, were legendary trainer Johnny Lewis, three-time world champion Jeff Fenech and promoter Bill Mordey. Over a lunch at Watson's Bay in Sydney, they convinced him to turn professional. He returned to Australia in January 1992 with future wife Natasha and got down to the business of becoming a professional boxer under the tutelage of Johnny Lewis at the Newtown Police Boys Club. In his first pro fight on March 1, 1992 in Melbourne, he knocked out Darrell Hiles in the first round. Tszyu went on to stop his first three opponents in a total of four rounds.

After thirteen straight wins with eleven knockouts, Tszyu secured and won his first world title fight against IBF super lightweight champion Jake Rodriguez in Las Vegas on January 28, 1995. It wasn't even close. Tszyu steamrolled Rodriguez and the referee finally stopped the fight in the sixth round. After six successful title defences, he faced Vince Phillips in May 1997 in Atlantic City, USA. Although Phillips was the underdog, he upset the champion with a 10th round stoppage.

This was the low point of Tszyu's career. At 27 he had fallen to the bottom of the mountain. After months of soul searching, he rededicated himself to the sport of boxing. Determined to come back better than ever, he drastically changed his training regimen and reeled off three knockout wins to secure a shot at the vacant WBC super lightweight title.

On November 28, 1998 in a classic shoot-out in Indio, California, Tszyu fought the hard-hitting Cuban Diosbelys Hurtado. Both fighters hit the canvas, but Tszyu stopped Hurtado in the fifth round to become a world champion again, wearing the WBC title proudly around his waist. Knockout wins over Mexicans Miguel Angel Gonzales, Ahmed Santos and the legendary Julio Cesar Chavez in 1999 and 2000 re-enforced Tszyu's status as one of the world's best boxers.

Tszyu took his next step towards greatness on February 3, 2001 when he stopped WBA champion Sharmba Mitchell in the 7th round to unify the WBC and WBA world titles. After a bruising twelve round win over the unknown but talented Oktay Urkal in June 2001, Tszyu faced the young, flashy and fast IBF champion Zab Judah on November 2, 2001 at the MGM Grand Garden Arena in Las Vegas.

The American media had Judah a firm favourite going into the fight, with the theory that Judah was on the way up and Tszyu on the way down. However, in the second round, Tszyu's right hand put Judah on the canvas twice and the referee Jay Nady stopped the contest.

Kostya Tszyu was now the Undisputed Champion of the World!

After unifying the three titles, Tszyu made two successful defences against the experienced No.1 contender from Ghana, Ben Tackie and former world champion James Leija. The stoppage win over Leija in January 2003, was a personal triumph. In Melbourne, in front of a home crowd of nearly 30,000 people he brought the undisputed title back to his fans, defeating Leija in the 6th round.

Seemingly on top of the world, Tszyu then encountered some of most testing times of his career when he suffered back to back Achilles tendon and shoulder injuries which twice forced him to postpone his rematch with Sharmba Mitchell in what was to be his first professional fight in Moscow, Russia. It took Tszyu nearly two years to return to the ring and when he finally stood in front of Mitchell in Phoenix, Arizona in the USA on November 6, 2004 many people doubted whether the now 35 year-old world champion would still be able to rule the division.

Not only did he win the fight with an impressive 3rd round knockout, which included four earth shattering knockdowns, Tszyu defied the odds and proved to the world once again that he is one of the best boxers on the planet pound for pound.

In his next fight, Tszyu faced the IBF's No.1 contender, the undefeated Ricky Hatton from England. The fight was held on June 5, 2005 at the MEN Arena in Manchester. To accommodate a live broadcast to the USA by American network Showtime, the fight was held at 2am local time in front of over 22,000 mainly parochial Hatton fans.

It was a thrilling and brutal fight with both men bearing the scars of battle afterwards. While Hatton emerged victorious after Tszyu's trainer Johnny Lewis stopped the fight at the end of the 11th round, the now former champion's reputation as a great and noble warrior remains intact. A certainty for the Boxing Hall of Fame, Kostya Tszyu has already established himself as one of the all time great boxers and one of the best representatives and role models for the sport throughout its long history. With a record of 31 wins, 2 losses with 25 wins by knockout and 1 no contest, Tszyu's career is now at an important crossroads and the decision to retire or fight on will not be taken lightly. There are many considerations including the needs of his young family.

Tszyu's out of the ring profile continues to grow with a successful best selling autobiography "Kostya: My Story" and the exciting "Destiny" DVD attracting rave reviews. There is no doubting his popularity. Attendances at his public appearances draw an amazing cross section of the community, wishing to meet this humble and caring man with the beaming smile. He always has time for his fans, young or old and from all walks of life. The legend of Kostya Tszyu lives on.