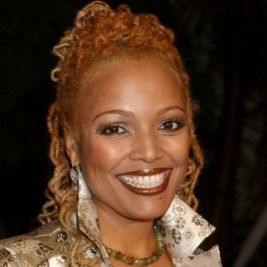 Businesses, Non-profit organizations, event planners and companies across the country have worked closely with our booking agents to hire Kim Fields for a speaking engagements, guest appearances, product endorsements and corporate events. Many of those same clients have continued to turn to our speakers bureau as we can easily align Kim Fields’s availability with their upcoming seminar, gala, annual conference, corporate function, and grand opening. Our close relationship with Kim Fields’s booking agent and management team further enables us to provide inquiring clients with Kim Fields’s speaking fee and appearance cost.

If your goal is to hire Kim Fields to be your next keynote speaker or to be the next brand ambassador our celebrity speakers bureau can assist. If Kim Fields’s booking fee is outside your companies budget or your unable to align with his appearance availability, our booking agents can provide you a list of talent that aligns with your event theme, budget and event date.

Kim Fields is an American actress and television director. Fields is known for her roles as Dorothy "Tootie" Ramsey on the NBC sitcom The Facts of Life (1979–88), and as Regine Hunter on the Fox sitcom Living Single (1993–98). Fields is the daughter of actress/director Chip Fields and older sister of actress Alexis Fields.

Before appearing on Facts of Life, Fields co-starred in a short-lived sitcom called Baby, I'm Back with Demond Wilson and Denise Nicholas, and appeared in a television commercial for Mrs. Butterworth's pancake syrup. She later appeared on Good Times as a friend of Penny Gordon Woods, played by Janet Jackson. Her real-life mother, Chip Fields, guest-starred on Good Times as the mother of Penny. Kim's episodes on Good Times were "The Snow Storm" and "The Physical."

Fields played the role of Dorothy "Tootie" Ramsey on the sitcom The Facts of Life from 1979 to 1988. Even decades later, many still recognize her catchphrase, "We're in troouu-ble!" When the show began production, Fields was so short that the producers put her on roller skates during the first season so that they could avoid difficult camera angles. Ironically, she later lost a role as Arnold Jackson's girlfriend on The Facts of Life's parent show Diff'rent Strokes because she was taller than Gary Coleman, who played Arnold. In 1984, during the run of Facts of Life, Fields released two singles on the Critique Records label: the disco/Hi-NRG "He Loves Me He Loves Me Not" (which became a minor club hit), and "Dear Michael" (which became a minor R&B hit, reaching #50).

After taking time away from acting to attend Pepperdine University. Fields also appeared in an 1993 episode of The Fresh Prince of Bel-Air, in which Will Smith pretended to marry her in an attempt to seduce her. Fields had a starring role in the hit Fox sitcom Living Single from 1993 to 1998 as Regina "Regine" Hunter. After the cancellation of Living Single, Fields began performing rap music and R&B with a group called Impromp 2.[citation needed]With her degree from Pepperdine University, Fields began directing. Fields directed a number of episodes of the All That! spin-off Kenan & Kel, in which she also appeared in two episodes. She has worked as a director on the sitcoms Tyler Perry's Meet the Browns, Tyler Perry's House of Payne and BET's Let's Stay Together. Fields guest-starred on television series such as One on One, The Golden Palace, and appeared as herself on HBO's The Comeback. On February 1, 2007, Fields was reunited with Lisa Whelchel on WFAA-TV's Good Morning Texas. Fields was in Dallas to promote her appearance in the production Issues: We've All Got 'Em when Whelchel was introduced as a surprise guest. It marked the first time in six years (since The Facts of Life Reunion movie) that Fields and Whelchel had seen each other.

On August 18, 2015, it was announced that she would be joining the cast of Bravo reality television show The Real Housewives of Atlanta for season eight. On March 21, 2016 she announced that she will not return to the Atlanta Housewives for another season. On March 8, 2016, Fields was announced as one of the celebrities who will compete on season 22 of Dancing with the Stars. She was partnered with professional dancer Sasha Farber. On May 2, 2016, during a double elimination, Fields and Farber were eliminated and finished the competition in 8th place.