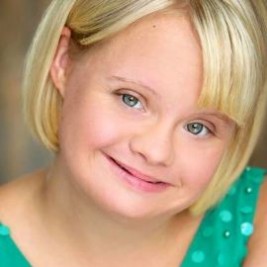 Businesses, Non-profit organizations, event planners and companies across the country have worked closely with our booking agents to hire Lauren Potter for a speaking engagements, guest appearances, product endorsements and corporate events. Many of those same clients have continued to turn to our speakers bureau as we can easily align Lauren Potter’s availability with their upcoming seminar, gala, annual conference, corporate function, and grand opening. Our close relationship with Lauren Potter’s booking agent and management team further enables us to provide inquiring clients with Lauren Potter’s speaking fee and appearance cost.

If your goal is to hire Lauren Potter to be your next keynote speaker or to be the next brand ambassador our celebrity speakers bureau can assist. If Lauren Potter’s booking fee is outside your companies budget or your unable to align with his appearance availability, our booking agents can provide you a list of talent that aligns with your event theme, budget and event date.

Lauren Potter's dream of being viewed as a "normal" teenager came true in a big way when she joined the cast of the hit series "Glee" (Fox, 2009- ) as a wannabe cheerleader with Down syndrome who earns the trust of her manipulative coach. In the process, the actress inspired millions of people, regardless of their abilities. She was born on May 10, 1990 in Inland Empire, CA. As a baby, she was diagnosed with Down syndrome. Despite some disadvantages, by age two, Potter began taking dance lessons and expressed an interest in acting. She studied drama at Poly High School in Riverside, where she graduated and also became a member of the nonprofit agency, the Down Syndrome Association of Los Angeles. Prior to her being cast on "Glee," an ambitious musical comedy series about a group of talented misfits who bond as members of a struggling high school music club, Potter's only experience in front of the camera was in the independent film "Mr. Blue Sky" (2007), where she portrayed a 10-year-old girl with Down syndrome who falls in love with a boy not struggling with a debilitating disease.

In 2009, Potter received a call from the Down Syndrome Association's in-house talent agency, Hearts and Hands, about a potential role on "Glee." She auditioned and landed the part of Becky Jackson, a 16-year-old sophomore at McKinley High School who, despite her mental handicaps, manages to impress its gruff coach, Sue Sylvester (Jane Lynch) and earn a spot in the elite cheerleading squad. Landing the role on the top-rated series was not only ironic for Potter - she actually tried out for cheerleading at her high school and did not make the cut - but it was also a life-changer. While Potter's shy and sweet-natured character started off as a pawn in one of Sylvester's many ill-fated schemes to destroy the glee club, she managed to break down Sylvester's steely exterior to reveal a softer side. Potter's storyline became more involved as she became Sylvester's unlikely underling whose job it was to spy on and report the glee club's every move to her scheming coach. By the show's second season, Potter's character was undeniably a crowd favorite. The actress used her popularity to bring attention to an issue that was near and dear to her heart. She became active in causes that sought to end the taunting and bullying of children with special needs.