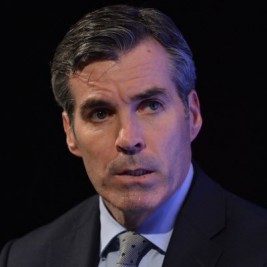 Businesses, Non-profit organizations, event planners and companies across the country have worked closely with our booking agents to hire Kevin Madden for a speaking engagements, guest appearances, product endorsements and corporate events. Many of those same clients have continued to turn to our speakers bureau as we can easily align Kevin Madden’s availability with their upcoming seminar, gala, annual conference, corporate function, and grand opening. Our close relationship with Kevin Madden’s booking agent and management team further enables us to provide inquiring clients with Kevin Madden’s speaking fee and appearance cost.

If your goal is to hire Kevin Madden to be your next keynote speaker or to be the next brand ambassador our celebrity speakers bureau can assist. If Kevin Madden’s booking fee is outside your companies budget or your unable to align with his appearance availability, our booking agents can provide you a list of talent that aligns with your event theme, budget and event date.

Prior to joining JDA Frontline, Mr. Madden was a Managing Director with The Glover Park Group, a leading public affairs firm based in Washington D.C.

Prior to joining Governor Romney’s campaign, Mr. Madden served as Press Secretary to then-House Majority Leader and now-House Speaker John Boehner (R-Ohio). In that capacity, Mr. Madden served as a top communications strategist for the House of Representatives leadership office charged with directing legislative action on a wide range of issues including financial services, energy, national security, legal reform, transportation and telecommunications policy among others.

Before his work as a top leadership aide on Capitol Hill, Mr. Madden served as the Department of Justice’s national spokesman on issues ranging from national security to litigation before the federal courts.

During the 2004 presidential campaign, Mr. Madden was a member of the communications team directing President George W. Bush’s re-election effort, serving as the president’s campaign spokesman for regional, national and international news organizations.