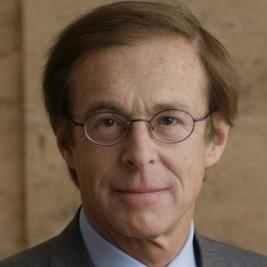 Businesses, Non-profit organizations, event planners and companies across the country have worked closely with our booking agents to hire Allen Sinai for a speaking engagements, guest appearances, product endorsements and corporate events. Many of those same clients have continued to turn to our speakers bureau as we can easily align Allen Sinai’s availability with their upcoming seminar, gala, annual conference, corporate function, and grand opening. Our close relationship with Allen Sinai’s booking agent and management team further enables us to provide inquiring clients with Allen Sinai’s speaking fee and appearance cost.

If your goal is to hire Allen Sinai to be your next keynote speaker or to be the next brand ambassador our celebrity speakers bureau can assist. If Allen Sinai’s booking fee is outside your companies budget or your unable to align with his appearance availability, our booking agents can provide you a list of talent that aligns with your event theme, budget and event date.

For well over three decades, Dr. Sinai has served a wide variety of organizations and decisionmakers in the United States and abroad as an analyst, forecaster, educator and economic policy, strategy, and financial markets adviser. He has a long history of combining pure academic research, modelbuilding and applied forecasting, investment and business experience in providing information support and advice to all kinds of senior level decisionmakers. He has been consulted by various Administrations from both political parties on key economic and policy issues, has often testified before Congress, and meets regularly with senior level policymakers from many countries. He is known for his objective fact-based analyses and forecasts, which for nearly 35 years have proved to be quite accurate, especially on the economy and financial markets and on "big wave" economic, political, and societal fundamental trends that move markets and business. Sinai has won a number of forecasting awards, including Top Forecaster""Wall Street Journal Survey in 2006, the USA Today Survey Top Forecaster in 2005 and 2003, Top Guru in the Business Week Survey of 1997, and first three times in MarketWatch's High-Frequency Indicator Survey, eight times Runnerup.

Between 1983 and 1996, Sinai was Chief Global Economist, a Managing Director, and the Director of Lehman Brothers Global Economics at Lehman Brothers, Inc.. He joined Lehman in 1983 and established the Lehman Economics Department. From 1988 to 1992, he served as Executive Vice President and Chief Economist of The Boston Company, an asset management and banking subsidiary of Shearson Lehman Brothers, where he also headed a small economic information company, The Boston Company Economic Advisors, Inc.. Before Lehman Brothers, he was at Data Resources, Inc. (DRI) from 1971-1983 as Chief Financial Economist and as a Senior Vice President, working with founder and renowned Harvard Economist Otto Eckstein in macroeconomic and financial markets forecasting and as a co-developer of the DRI Model of the U.S. Economy. At DRI, he also served as Chairman of the Financial Information Group, which provided a large portion of DRI's business, sold in 1979 to the McGraw-Hill Co..

Dr. Sinai has held a number of teaching and research positions at leading universities. He has been a Lecturer and Adjunct Professor of Economics and Finance in the Lemberg Program of International Economics and Finance at Brandeis University. He taught in the Sloan School of Management at MIT. He also taught at New York University, Boston University, and the University of Illinois (Chicago), where he was a tenured professor. He has given hundreds of speeches and presentations to various groups and decisionmakers, ranging from individual investors to corporate executives, boards, and other decisionmakers. He has lectured and spoken in Japan, Korea, other areas in the Asia-Pacific, in China, the U.K., Scandinavia, Europe, Mexico and Latin America, and throughout the United States. He is a Board Director of Boston Private Financial Holdings, Inc., a nationally-based banking, investment management and financial planning company and winner of the NACB Best Director, Best Board award May 2007, and he is a Member, Aspen Institute Italia. In 2004 he served as President of the North American Economics and Finance Association (NAEFA), one of the academic associations of university professors, and he is a past President and a Fellow of the Eastern Economics Association (EEA).

Dr. Sinai has written numerous articles and papers in the scientific literature and popular press, authoring, or co-authoring, over 40 articles in scholarly journals and publications. He has frequently been in the news media and over many years has appeared on numerous national television programs such as CNBC's Street Sight, Power Lunch, Squawk Box, Bloomberg's On The Economy, World News Tonight with Peter Jennings, Good Morning America, Moneyline, Nightline, the Today Show, CBS Morning News, ABC Nightly News, Today's Business, Ahead of the Curve, This Week With David Brinkley, Face the Nation, and Wall Street Week. He has been a member of the Time Magazine Board of Economists. In 1992, Dr. Sinai was selected as one of the ten "Smartest People" in Boston by Boston Magazine. Time Magazine has said of him, "Anyone who thinks economics is a dismal science has never been treated to the vivid commentaries of Allen Sinai."