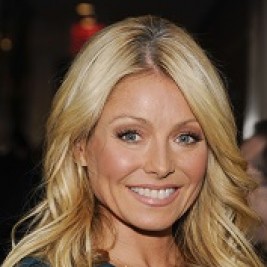 Businesses, Non-profit organizations, event planners and companies across the country have worked closely with our booking agents to hire Kelly Ripa for a speaking engagements, guest appearances, product endorsements and corporate events. Many of those same clients have continued to turn to our speakers bureau as we can easily align Kelly Ripa’s availability with their upcoming seminar, gala, annual conference, corporate function, and grand opening. Our close relationship with Kelly Ripa’s booking agent and management team further enables us to provide inquiring clients with Kelly Ripa’s speaking fee and appearance cost.

If your goal is to hire Kelly Ripa to be your next keynote speaker or to be the next brand ambassador our celebrity speakers bureau can assist. If Kelly Ripa’s booking fee is outside your companies budget or your unable to align with his appearance availability, our booking agents can provide you a list of talent that aligns with your event theme, budget and event date.

Kelly Ripa is an American actress, talk show host and television producer. Ripa played Hayley Vaughan on the television soap opera All My Children from 1990–2002 and is best known as co-host of the syndicated morning talk show Live! with Kelly and Michael. She is also known for her role as Faith Fairfield on Hope & Faith. Additionally, Ripa and her husband Mark Consuelos own a New York-based production company, Milojo.

Named among People's Most Intriguing People and one of the Most Powerful People in Media according to The Hollywood Reporter, Ripa serves as a valuable and successful spokesperson for several companies. In the past, she has partnered with Tide, 7 Up, Pantene, and TD Bank, but currently works primarily with Electrolux and Rykä.

Rykä announced Ripa as the spokesperson for the brand's footwear and sporting apparel in 2008. Showcasing her commitment to an active, healthy lifestyle; Ripa oversees the design of her own fitness-inspired active wear line, The Kelly Ripa Collection.

In 2007 and 2012, Ripa hosted the TV Land Awards to very positive reviews. She, herself, is an award winner, garnering five Soap Opera Digest Awards and three Daytime Emmy Award nominations for playing Hayley Vaughan on All My Children.

Ripa was also recognized for her work on the Disney Parks Christmas Day Parade, which she co-hosted from 2001–2009, with the Emmy Award for Outstanding Special Class Special in 2006. She and co-host Regis Philbin have also twice won the Daytime Emmy Award for Outstanding Talk Show Host for Live! with Regis and Kelly, for which they also received 12 Emmy Award nominations and 4 People's Choice Award nominations. She and co host Michael Strahan won Emmy Award's for their work in 2015.