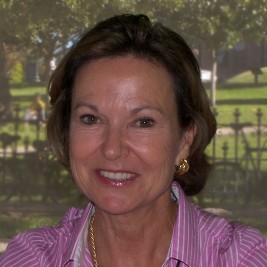 Businesses, Non-profit organizations, event planners and companies across the country have worked closely with our booking agents to hire Kati Marton for a speaking engagements, guest appearances, product endorsements and corporate events. Many of those same clients have continued to turn to our speakers bureau as we can easily align Kati Marton’s availability with their upcoming seminar, gala, annual conference, corporate function, and grand opening. Our close relationship with Kati Marton’s booking agent and management team further enables us to provide inquiring clients with Kati Marton’s speaking fee and appearance cost.

If your goal is to hire Kati Marton to be your next keynote speaker or to be the next brand ambassador our celebrity speakers bureau can assist. If Kati Marton’s booking fee is outside your companies budget or your unable to align with his appearance availability, our booking agents can provide you a list of talent that aligns with your event theme, budget and event date.

Kati Marton is a Hungarian-American author and journalist. Her career has included reporting for ABC News as a foreign correspondent and National Public Radio, where she started as a production assistant in 1971, as well as print journalism and writing a number of books.

Marton was born in Hungary, the daughter of UPI reporter Ilona Marton and award-winning Associated Press reporter Endre Marton. Her parents survived the Holocaust of World War II but never spoke about it. They served nearly two years in prison on false charges of espionage for the U.S., and Kati and her older sister were placed in the care of strangers. Raised a Roman Catholic, she learned much later, and by accident, that her grandparents were Jews, who were murdered at the Auschwitz concentration camp. Among the many honors her parents received for their reporting on the Hungarian Revolution of 1956 was the George Polk Award. The family fled Hungary following the revolution and settled in Chevy Chase, Maryland, where Marton attended Bethesda-Chevy Chase High School.

She studied at the Sorbonne and the Institut d'Études Politiques in Paris. Growing up in Hungary, she had a French nanny, so she was raised speaking both Hungarian and French, learning American English when her family moved to the U.S. She has a master's degree in International Relations from George Washington University.

Marton has been married three times. Her first husband was Carroll Wetzel, a retired international investment banker from Philadelphia. Her second husband was ABC News anchor Peter Jennings; Jennings and Marton had two children together before divorcing in 1993.

Her third husband was diplomat Richard Holbrooke, from 1995 until his death in December 2010, frequently traveling with him during his diplomatic missions in the former Yugoslavia and in the Middle East. She wrote about their love and recovering from his death in her 2012 memoir Paris: A Love Story.

Marton has received several honors for her reporting, including the 2001 Rebekah Kohut Humanitarian Award by the National Council of Jewish Women, the 2002 Matrix Award for Women Who Change the World, the George Foster Peabody Award (presented to WCAU-TV, Philadelphia, in 1973), and the Commander's Cross of the Order of Merit of the Republic of Hungary—the country's highest civilian honor. She is also a recipient of The International Center in New York's Award of Excellence. Her book, Enemies of the People: My Family's Journey to America, was an autobiography finalist for the National Book Critics Circle Award in 2009.