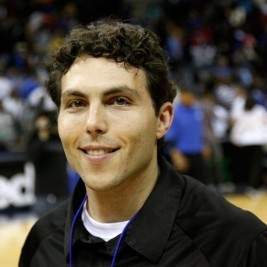 Businesses, Non-profit organizations, event planners and companies across the country have worked closely with our booking agents to hire Josh Pastner for a speaking engagements, guest appearances, product endorsements and corporate events. Many of those same clients have continued to turn to our speakers bureau as we can easily align Josh Pastner’s availability with their upcoming seminar, gala, annual conference, corporate function, and grand opening. Our close relationship with Josh Pastner’s booking agent and management team further enables us to provide inquiring clients with Josh Pastner’s speaking fee and appearance cost.

If your goal is to hire Josh Pastner to be your next keynote speaker or to be the next brand ambassador our celebrity speakers bureau can assist. If Josh Pastner’s booking fee is outside your companies budget or your unable to align with his appearance availability, our booking agents can provide you a list of talent that aligns with your event theme, budget and event date.

Josh Pastner was born September 26, 1977 and is a college basketball coach and the head coach of the Memphis Tigers. Pastner was a player on the 1997 Arizona Wildcats men's basketball national championship team, an assistant coach at the University of Arizona under Lute Olson and at the University of Memphis under John Calipari. Pastner has been praised for being a tireless recruiter as well as possessing a superior work ethic.

On April 6, 2009, Josh Pastner was selected to replace John Calipari as head coach at the University of Memphis. Pastner's first contract with Memphis was for $4.4 million over five years.

Pastner's recruits from the 2010 high school class were ranked as one of the best recruiting classes in the nation. Pastner was named Sporting News C-USA Coach of the Year for the 2009–10 season.

After a 2010-2011 season which included a Conference USA tournament championship and appearance in the 2011 NCAA tournament, Pastner signed a 5 year, $1.7 million (annually) contract extension with the Tigers. He is currently under contract with Memphis through 2017.

On March 21, 2013, the Tigers defeated the St. Mary's Gaels 54-52, giving Pastner his first NCAA tournament victory as a head coach.