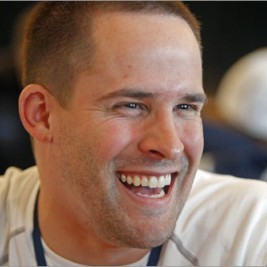 Businesses, Non-profit organizations, event planners and companies across the country have worked closely with our booking agents to hire Josh McDaniels for a speaking engagements, guest appearances, product endorsements and corporate events. Many of those same clients have continued to turn to our speakers bureau as we can easily align Josh McDaniels’s availability with their upcoming seminar, gala, annual conference, corporate function, and grand opening. Our close relationship with Josh McDaniels’s booking agent and management team further enables us to provide inquiring clients with Josh McDaniels’s speaking fee and appearance cost.

If your goal is to hire Josh McDaniels to be your next keynote speaker or to be the next brand ambassador our celebrity speakers bureau can assist. If Josh McDaniels’s booking fee is outside your companies budget or your unable to align with his appearance availability, our booking agents can provide you a list of talent that aligns with your event theme, budget and event date.

Josh McDaniels was born April 22, 1976 in Barberton, Ohio and is the football head coach of the Denver Broncos of the National Football League. He previously served as the offensive coordinator and quarterbacks coach for the New England Patriots. At the time of his hiring, McDaniels was the youngest head coach in any of the four major North American professional sports and the fifth-youngest NFL head coach ever, although less than a week later the Tampa Bay Buccaneers named the even-younger Raheem Morris as their head coach.

On January 11, 2009, ESPN, citing two NFL sources, reported that the Denver Broncos had named McDaniels their head coach, replacing Mike Shanahan. The Broncos introduced McDaniels, who agreed to sign a four-year, $8 million contract, as their head coach in a press conference one day later.

McDaniels' tenure with the Broncos was marred early on by a controversy involving an alleged trade offer from the New England Patriots involving the team's Pro-Bowl quarterback, Jay Cutler. According to McDaniels on an appearance on ESPN's Outside The Lines he merely "listened to a phone call."

On March 9, 2009, according to ESPN, a conference call involving McDaniels, team owner Pat Bowlen and Cutler failed to resolve the issues. Cutler said he didn't trust McDaniels and the organization following the trade controversy. On April 2, 2009, the Broncos traded Cutler and a 2009 fifth-round draft pick to the Chicago Bears for quarterback Kyle Orton, first- and third-round picks in 2009 and a first-round pick in 2010.