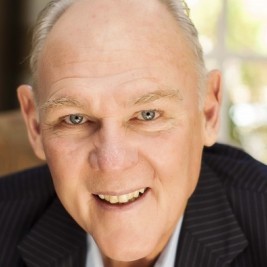 Businesses, Non-profit organizations, event planners and companies across the country have worked closely with our booking agents to hire George Karl for a speaking engagements, guest appearances, product endorsements and corporate events. Many of those same clients have continued to turn to our speakers bureau as we can easily align George Karl’s availability with their upcoming seminar, gala, annual conference, corporate function, and grand opening. Our close relationship with George Karl’s booking agent and management team further enables us to provide inquiring clients with George Karl’s speaking fee and appearance cost.

If your goal is to hire George Karl to be your next keynote speaker or to be the next brand ambassador our celebrity speakers bureau can assist. If George Karl’s booking fee is outside your companies budget or your unable to align with his appearance availability, our booking agents can provide you a list of talent that aligns with your event theme, budget and event date.

George Karl is currently head coach for the Sacramento Kings and 13th on the all-time win list for coaches in the NBA. After a college career at the University of North Carolina he signed with the ABA's San Antonio Spurs in 1973. When the Spurs joined the NBA in 1976, Karl began his two-year NBA playing career. After his playing career, Karl became an assistant coach for the Spurs. Karl then moved on to the Continental Basketball Association as head coach of the Montana (Great Falls) Golden Nuggets. As coach of the Golden Nuggets, Karl won CBA Coach of the Year twice, in 1981 and 1983.

In 1984, Karl became the head coach of the NBA's Cleveland Cavaliers until he was fired in 1986. He later coached the Golden State Warriors where he would coach until 1988. After being fired from the Warriors, Karl returned to the CBA as coach of the Albany Patroons, winning the coach of the year award in 1991. Karl returned to the NBA as coach of the Seattle Supersonics from 1991-1998, leading them to the NBA Finals in 1996 where they lost to the Chicago Bulls in six games. In 1998, he moved to the Milwaukee Bucks as head coach. He was fired after the 2003 season.

He returned to the NBA in 2005 when he became head coach of the Nuggets taking over from interim head coach Michael Cooper on January 27.

On July 27, the Nuggets announced that Karl had prostate cancer. He has enjoyed a resurrection of his career with the Denver Nuggets, guiding them to an unprecedented 32-8 record in the second half of the 2004-05 season.

Karl's son Coby is the starting point guard for Boise State University. Coby came out for the 2006 NBA Draft after a bout with thyroid cancer, but was not drafted.

He is a fierce liberal and also notorious for his sense of humor.