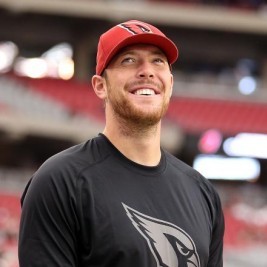 Businesses, Non-profit organizations, event planners and companies across the country have worked closely with our booking agents to hire John Skelton for a speaking engagements, guest appearances, product endorsements and corporate events. Many of those same clients have continued to turn to our speakers bureau as we can easily align John Skelton’s availability with their upcoming seminar, gala, annual conference, corporate function, and grand opening. Our close relationship with John Skelton’s booking agent and management team further enables us to provide inquiring clients with John Skelton’s speaking fee and appearance cost.

If your goal is to hire John Skelton to be your next keynote speaker or to be the next brand ambassador our celebrity speakers bureau can assist. If John Skelton’s booking fee is outside your companies budget or your unable to align with his appearance availability, our booking agents can provide you a list of talent that aligns with your event theme, budget and event date.

John Michael Skelton is an American football quarterback who is currently a free agent. He played college football at Fordham and was drafted by the Arizona Cardinals in the fifth round of the 2010 NFL Draft.

Skelton has also been a member of the Cincinnati Bengals, San Francisco 49ers and Tennessee Titans.

Skelton was selected by the Arizona Cardinals in the fifth round of the 2010 NFL Draft. He was signed on July 14. After Matt Leinart was released, he was named the third-string quarterback for the Cardinals.

Skelton's first NFL game experience was a 2010 preseason game against the Houston Texans where he led the Cardinals to two touchdown drives in two possessions as Arizona rallied for a victory. He completed five passes out of six attempts for 84 yards and achieved a perfect passer rating of 158.3.

Skelton entered in the fourth quarter of a game against the St. Louis Rams to make his NFL debut, and he completed three of his six passes for 45 yards with a passer rating of 75.0. The Cardinals still failed to win, losing to the Rams 6-19. Skelton was named the starting quarterback thereafter.

In his first career NFL start, Skelton led the Cardinals to a 43-13 victory over the Denver Broncos, snapping a seven-game losing streak for the Cardinals. He completed 15 of his 37 passes with 146 passing yards. He was nominated for Rookie of the Week after this game, but Rob Gronkowski of the New England Patriots wound up winning the award. In Skelton's third NFL start, on Christmas Day, he led the game winning drive, bringing the Cardinals in field goal range where Jay Feely was able to kick the game winning field goal. The Cardinals won 27-26 against the Dallas Cowboys.

Skelton would lose the last game of the season against the San Francisco 49ers for the Cardinals throwing both a touchdown pass and an interception. He would finish his rookie season with two touchdown passes and two interceptions, a total of 662 passing yards, and a QB rating of 62.3.