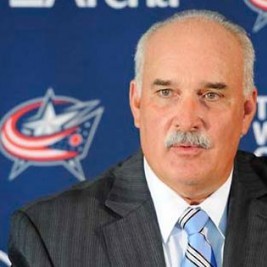 Businesses, Non-profit organizations, event planners and companies across the country have worked closely with our booking agents to hire John Davidson for a speaking engagements, guest appearances, product endorsements and corporate events. Many of those same clients have continued to turn to our speakers bureau as we can easily align John Davidson’s availability with their upcoming seminar, gala, annual conference, corporate function, and grand opening. Our close relationship with John Davidson’s booking agent and management team further enables us to provide inquiring clients with John Davidson’s speaking fee and appearance cost.

If your goal is to hire John Davidson to be your next keynote speaker or to be the next brand ambassador our celebrity speakers bureau can assist. If John Davidson’s booking fee is outside your companies budget or your unable to align with his appearance availability, our booking agents can provide you a list of talent that aligns with your event theme, budget and event date.

Growing up in western Canada, he played left wing until he was 16, then moved to goaltender. Drafted fifth overall in 1973, he became the first goalie in NHL history to jump directly from major juniors to the NHL. While his hockey career was fraught with many significant injuries, he is perhaps best remembered for leading the Rangers to the 1979 Stanley Cup Finals on an injured left knee.

After retiring due to injury, he joined MSG's hockey coverage staff in 1983, and was the color commentator for the Rangers prior to becoming the president of the St. Louis Blues.

Davidson, often known by the nickname "J.D.", was one of the most prominent color analysts in sports, and his hockey insight is so well respected that he currently sits on the Hockey Hall of Fame selection committee. Long-time network TV partner Mike Emrick also sits on that committee, and the two shared the 2004 Lester Patrick Trophy for service to hockey in the U.S.

Davidson was named President of the St. Louis Blues on June 30, 2006