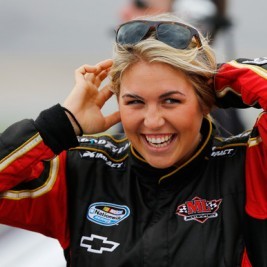 Businesses, Non-profit organizations, event planners and companies across the country have worked closely with our booking agents to hire Johanna Long for a speaking engagements, guest appearances, product endorsements and corporate events. Many of those same clients have continued to turn to our speakers bureau as we can easily align Johanna Long’s availability with their upcoming seminar, gala, annual conference, corporate function, and grand opening. Our close relationship with Johanna Long’s booking agent and management team further enables us to provide inquiring clients with Johanna Long’s speaking fee and appearance cost.

If your goal is to hire Johanna Long to be your next keynote speaker or to be the next brand ambassador our celebrity speakers bureau can assist. If Johanna Long’s booking fee is outside your companies budget or your unable to align with his appearance availability, our booking agents can provide you a list of talent that aligns with your event theme, budget and event date.

Johanna Long was born May 26, 1992 and is an American stock car racer from Pensacola, Florida. She was the winner of the 2010 Snowball Derby, and drove for her family-owned team in the NASCAR Camping World Truck Series in 2011 on a limited basis. She currently drives the #70 Foretravel Motorcoach Chevrolet Impala for ML Motorsports in the Nationwide Series.

Long began her transition into NASCAR in 2009 by racing in a variety of series, including ASA Late Model Series, Pro Late Model, and ARCA. In 38 events, she had 27 top ten finishes, 17 top fives and five wins. Long ended 2009 by winning the pole position in the Snowball Derby, one of the few late model races in the off-season, which features drivers from around the United States.

She was expected to race in three Camping World races in 2010 but ended up racing in seven events. She raced in the Billy Ballew Motorsports truck in the middle of the season. before the #15 team was shut down, and finished the year by racing in four events for her family's team named Panhandle Motorsports. With Ballew she qualified in all three races between 15th and 20th before finishing 17th, 34th and 20th. With Panhandle she had a season-high ninth place qualifying effort at Texas Motor Speedway with her best finish being a 20th place result at the final race at Homestead-Miami Speedway. Long returned to Pensacola's Five Flags Speedway for the 2010 Snowball Derby, and won the 43rd annual running of the event by holding off Landon Cassill. She became the second female to win the race after Tammy Jo Kirk did it in 1994.

She competed in the Camping World Truck Series in 2011, driving the family-owned No. 20 Toyota and running for Rookie-of-the-Year honors. Sponsorship issues forced her to run a partial season; her best finish was eleventh at Texas Motor Speedway. For 2012, she has signed to drive the #70 Biomet/Foretravel Motorcoach Chevrolet, owned by ML Motorsports, in the NASCAR Nationwide Series. The team plans to enter 21 of the series' 33 races, and Long will be competing for Rookie of the Year in the series, with former series champion David Green acting as a mentor.

Long finished 21st in her Nationwide Series debut at Daytona International Speedway, becoming the youngest female driver ever to compete in the series.