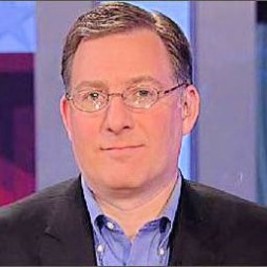 Businesses, Non-profit organizations, event planners and companies across the country have worked closely with our booking agents to hire Joel Rosenberg for a speaking engagements, guest appearances, product endorsements and corporate events. Many of those same clients have continued to turn to our speakers bureau as we can easily align Joel Rosenberg’s availability with their upcoming seminar, gala, annual conference, corporate function, and grand opening. Our close relationship with Joel Rosenberg’s booking agent and management team further enables us to provide inquiring clients with Joel Rosenberg’s speaking fee and appearance cost.

If your goal is to hire Joel Rosenberg to be your next keynote speaker or to be the next brand ambassador our celebrity speakers bureau can assist. If Joel Rosenberg’s booking fee is outside your companies budget or your unable to align with his appearance availability, our booking agents can provide you a list of talent that aligns with your event theme, budget and event date.

Joel C. Rosenberg is the New York Times bestselling author of THE LAST JIHAD, a political thriller about radical Islamic terrorism and a showdown between the U.S., Israel and Saddam Hussein over weapons of mass destruction. Nearly completed before 9/11, THE LAST JIHAD was published in November of 2002 and hit the NYTimes list for eleven weeks in a row. It also hit the USA Today, Wall Street Journal, and Publishers Weekly bestsellers lists. Rush Limbaugh called THE LAST JIHAD "must read" that "absolutely crackles with high energy and a chilling premise." Sean Hannity called it the "breakout novel of the year."

Mr. Rosenberg is a political columnist for World magazine (www.worldmag.com), the nations foremost conservative weekly magazine with more than 350,000 readers. He covers the White House, Congress, and the war on terror. A writer and communications strategist, he has also worked with some of the worlds most influential and provocative leaders in business, politics and the media, including Steve Forbes, Rush Limbaugh, Bill Bennett, and former Israeli prime minister Benjamin Netanyahu. A front-page Sunday New York Times profile described Rosenberg "a force in the capital." He is president of November Communications, Inc., "helping leaders discover, develop and drive their message."

Mr. Rosenberg assisted in the research and development of Sean Hannitys blockbuster non-fiction book, Let Freedom Ring (ReganBooks, 2002), a huge New York Times bestseller which also hit #1 on the Wall Street Journals bestseller list. Mr. Rosenberg also collaborated with Steve Forbes on A New Birth of Freedom (Regnery, 1999), which won praise from Michael Reagan as "the best step by step conservative blueprint since Barry Goldwaters The Conscience of a Conservative."

From 1996 through the 2000 presidential primaries, Mr. Rosenberg served as a senior advisor to and chief speechwriter for Steve Forbes. He helped craft Mr. Forbes conservative message, from the flat tax to a new Social Security system of personal retirement accounts to a bold new strategy to protect the sanctity of human life. Previously, he served as Steve Forbess communications director at Americans for Hope, Growth and Opportunity, dubbed by Business Week as "the nations first message tank."

In 1994-95, Mr. Rosenberg served as Rush Limbaughs Research Director and wrote for The Limbaugh Letter, the most widely read political newsletter in the country with more than 400,000 paid subscribers. Prior to that, he served as a Policy Analyst at Empower America, founded by William Bennett, Jack Kemp, and Jeane Kirkpatrick. From 1990 to 1993, he worked at The Heritage Foundation, Americas premiere conservative think tank, where he wrote about U.S.-Israeli relations.

Mr. Rosenberg is married, has three young sons, and lives in Northern Virginia. He is a graduate of Syracuse University, with a degree in filmmaking, and also studied at Tel Aviv University in 1987-88.