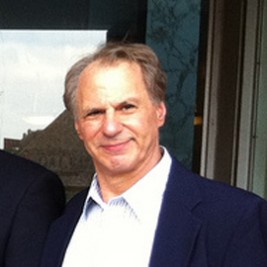 John M. Barry is a prize-winning New York Times author. With the international focus on the potential pandemic Avian Flu, his most recent best-selling book The Great Influenza: The Epic Story of the Deadliest Plague in History illustrates the importance o

In The Great Influenza, the bioterrorism, emerging viruses, and vaccine shortages make it all too relevant today. A powerfully intelligent narrative of the 1918 influenza pandemic that killed more people in twenty-four weeks than AIDS has killed in twenty-four years, it marks the first collision between modern science and epidemic disease. The book is the story of a society under almost unimaginable pressure, pressure created by a war of man against nature superimposed upon World War I, a war of man against man.

Barry has also written for The New York Times Sunday Magazine, Esquire, Fortune, Newsweek, The Washington Post, Sports Illustrated, has been a consultant to PBS on several documentaries, and often appears as a guest on NPR and CNN. He has served as advisor on bioterrorism to the World Health Organization and the Defense Department and has been a keynote speaker at international scientific meetings including at the National Academy of Sciences, and at a White House Conference on the Mississippi Delta.

The Chicago Tribune called The Great Influenza â€œmonumental... powerfully intelligent... not just a masterful narrative of the events of 1918 but also an authoritative and disturbing morality tale of science, politics, and culture." The New York Times said, "Grippingâ€¦ easily our fullest, richest, most panoramic history of the subject." "Barry's writing runs much deeper than popular history."

In yet another uncanny connection to current events, Barry is also the author of Rising Tide: The Great Mississippi Flood of 1927 and How It Changed America which won the Francis Parkman Prize of the Society of American Historians, was cited as a "Book to Remember" by the New York Public Library, won the Southern Book Award, the Lillian Smith Award, and six other prizes.

In The Washington Post Jonathan Yardley wrote, "Rising Tide is a big ambitious book that is not merely engrossing and informative but also has the potential to change the way we think." The New York Times Book Review called it "an accomplished and important social history, magisterial in its scope and fiercely dedicated to unearthing truth... extraordinary."

Barry's first book, The Ambition and the Power: A True Story of Washington was cited by The New York Times as one of the ten best books ever written about Washington and Congress. His second book The Transformed Cell, co-authored with Dr. Steven Rosenberg of the National Cancer Institute, explores cancer research and gene therapy and was published in 12 languages. In 1992, USA Today declared it "the most important book published this year." He has also published a collection, Power Plays: Politics, Football, and Other Blood Sports, that looks broadly at the pursuit and exercise of power in politics, sports, and the media. Congressional Medal of Honor winner and former Senator Bob Kerrey says Power Plays "makes you think about ambition and courage, ethics and power, politics and sport, and the individual's struggles to make a mark in ways that you would not imagine."