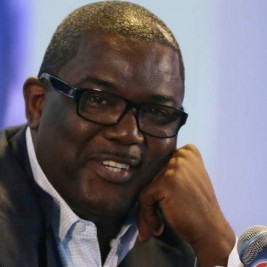 Businesses, Non-profit organizations, event planners and companies across the country have worked closely with our booking agents to hire Joe Dumars for a speaking engagements, guest appearances, product endorsements and corporate events. Many of those same clients have continued to turn to our speakers bureau as we can easily align Joe Dumars’s availability with their upcoming seminar, gala, annual conference, corporate function, and grand opening. Our close relationship with Joe Dumars’s booking agent and management team further enables us to provide inquiring clients with Joe Dumars’s speaking fee and appearance cost.

If your goal is to hire Joe Dumars to be your next keynote speaker or to be the next brand ambassador our celebrity speakers bureau can assist. If Joe Dumars’s booking fee is outside your companies budget or your unable to align with his appearance availability, our booking agents can provide you a list of talent that aligns with your event theme, budget and event date.

At 6 ft 3 in (190 cm) he could play either shooting guard or point guard on offense and was a highly effective defender. Dumars and Isiah Thomas combined to form one of the best backcourts in the National Basketball Association during the late 1980s and early 1990s. Initially a shooting guard, Dumars moved over to point guard following Thomas's retirement in 1994, sharing ball-handling duties with Grant Hill. Dumars will be inducted into the Basketball Hall of Fame in 2006.

Drafted #18 overall in the first round of the 1985 NBA Draft out of McNeese State University, he played guard for the Detroit Pistons for his entire career, from 1985 to 1999. Interestingly, Dumars' favorite player in the NBA, according to McNeese State's athletic program, was Isiah Thomas. He won two championships as a player in 1989 and 1990, and was voted the 1989 Finals MVP, averaging 27.3 points per game as the Pistons swept the Los Angeles Lakers in four games. The following year, he won accolades during the Eastern Conference Finals when, with Dennis Rodman, he was a cornerstone of coach Chuck Daly's "Jordan Rules" defensive playbook, which forced the Chicago Bulls to change their offensive strategy to include less of Michael Jordan and more of the other members of the team. According to Jordan, Dumars was the best defender he faced in the NBA.

During his career, he was selected to the All-Star team six times, and to the All-Defensive first team four times. In 14 seasons, all with the Pistons, Dumars scored 16,401 points, handed out 4,612 assists, grabbed 2,203 rebounds and recorded 902 steals.

Although he was a member of the famed "Bad Boys" teams, known for their aggressive play and demeanor, he became personally known for his quiet and upstanding behavior. The NBA has named its Sportsmanship Award after him.