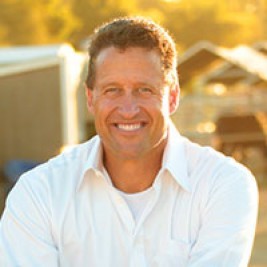 Businesses, Non-profit organizations, event planners and companies across the country have worked closely with our booking agents to hire Jim Everett for a speaking engagements, guest appearances, product endorsements and corporate events. Many of those same clients have continued to turn to our speakers bureau as we can easily align Jim Everett’s availability with their upcoming seminar, gala, annual conference, corporate function, and grand opening. Our close relationship with Jim Everett’s booking agent and management team further enables us to provide inquiring clients with Jim Everett’s speaking fee and appearance cost.

If your goal is to hire Jim Everett to be your next keynote speaker or to be the next brand ambassador our celebrity speakers bureau can assist. If Jim Everett’s booking fee is outside your companies budget or your unable to align with his appearance availability, our booking agents can provide you a list of talent that aligns with your event theme, budget and event date.

A quarterback for 12 seasons in the NFL, Jim Everett was born January 3, 1963 in Emporia, Kansas. Everett attended Purdue University and was selected in the first round of the 1986 NFL Draft. He was selected as the third pick in the first round by the Houston Oilers, and was the first quarterback taken that year. Unable to work out a contract agreement with Everett, the Oilers traded his rights to the Los Angeles Rams, with whom Everett played from 1986-93. He then played with the New Orleans Saints from 1994-96 and ended his career with a stint with the San Diego Chargers in 1997.

Everett had a productive career, especially with the Rams, where he was a statistical leader in several passing categories. His Rams teams were successful early in his career, earning playoff berths in 1986, 1988, and 1989. However, after 1989, he would not find himself back in the playoffs for the remainder of his career. Despite that he continued to produce fine statistics, and was rewarded with a trip to the 1991 Pro Bowl game, played in Honolulu, Hawaii.