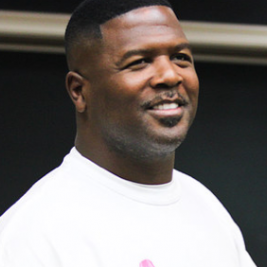 Businesses, Non-profit organizations, event planners and companies across the country have worked closely with our booking agents to hire LeRoy Butler for a speaking engagements, guest appearances, product endorsements and corporate events. Many of those same clients have continued to turn to our speakers bureau as we can easily align LeRoy Butler’s availability with their upcoming seminar, gala, annual conference, corporate function, and grand opening. Our close relationship with LeRoy Butler’s booking agent and management team further enables us to provide inquiring clients with LeRoy Butler’s speaking fee and appearance cost.

If your goal is to hire LeRoy Butler to be your next keynote speaker or to be the next brand ambassador our celebrity speakers bureau can assist. If LeRoy Butler’s booking fee is outside your companies budget or your unable to align with his appearance availability, our booking agents can provide you a list of talent that aligns with your event theme, budget and event date.

LeRoy Butler was born July 19, 1968 and is a former American football strong safety who played his entire career with the Green Bay Packers (1990-2001). He spent his childhood in Jacksonville, Florida, challenged by physical problems that forced him to wear leg braces and use a wheelchair at times while undergoing therapy. In 2007 he was named to the Florida High School Association All-Century Team which selected the Top 33 players in the 100 year history of high school football in the state of Florida's history.

After being selected to his first Pro Bowl, he changed the emphasis on his first name from Leroy (LEEroy) to LeRoy (l'ROY) because it sounded classier. During his 12 seasons with the Packers, he recorded 953 tackles, 38 interceptions, 553 return yards, 12 fumble recoveries, 3 defensive touchdowns and 20 1/2 sacks. He led or tied for the team lead in interceptions in five different seasons. He was the first defensive back in NFL history to gain entrance in the 20 Sack/20 Interception Club.