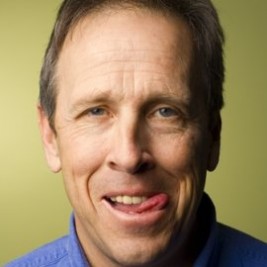 Businesses, Non-profit organizations, event planners and companies across the country have worked closely with our booking agents to hire Jeff Allen for a speaking engagements, guest appearances, product endorsements and corporate events. Many of those same clients have continued to turn to our speakers bureau as we can easily align Jeff Allen’s availability with their upcoming seminar, gala, annual conference, corporate function, and grand opening. Our close relationship with Jeff Allen’s booking agent and management team further enables us to provide inquiring clients with Jeff Allen’s speaking fee and appearance cost.

If your goal is to hire Jeff Allen to be your next keynote speaker or to be the next brand ambassador our celebrity speakers bureau can assist. If Jeff Allen’s booking fee is outside your companies budget or your unable to align with his appearance availability, our booking agents can provide you a list of talent that aligns with your event theme, budget and event date.

Jeff Allen combines clean, hilarious humor with inspiration like no other comedian working today. He performs sidesplitting standup and, when requested, riveting testimony. As such, he is a favorite at outreach events where church members can freely invite their unchurched friends, knowing that they’ll be sharing world‐class entertainment. For three decades, Jeff Allen has been performing at churches, on television and radio, for fundraisers and at corporate functions all across the country.

Jeff Allen is the best at what he does – making people laugh as hard as humanly possible. His Happy Wife, Happy Life® message of a marriage gone wrong and redeemed has given laughter and encouragement to millions of people. Jeff’s comedy drives home the humor in everyday family life and the joy derived from a healthy marriage.

Major Appearances - Starring in the critically acclaimed film and DVD Apostles of Comedy - Featured in the Warner Bros. comedy film, Thou Shalt Laugh - One-hour comedy special, Happy Wife, Happy Life, on both the Odyssey Channel and Family Net - Two-time featured performer at the National Prayer Breakfast and featured performer for George W Bush’s inauguration - Performed for the troops in Bahrain and on ships in the Persian Gulf and Indian Ocean - Starred in comedy specials on: Comedy Central, Showtime and VH1 - Featured on The Blaze television network with Glenn Beck - Co-hosted the Gospel Music Associations Pre-Dove Awards - Recipient of the Grady Nutt Humor Award (the most prestigious comedy award in the Christian marketplace) - Starring in the Bananas Comedy Television Series syndicated nationally - Starred in national tours, Apostles of Comedy and Jeff Allen & Friends: Funny People of Faith - Featured comedian on Bill Gaither’s Homecoming Tours - Regular columnist for magazines including: Living with Teenagers, Homelife and Homecoming

Jeff Allen is regarded as one of the premium clean comedians working today. In three decades of performing, he has worked at over 1000 churches, fundraisers and other venues. Most of his humor centers on marriage and living with teenagers – material to which everyone can relate. Watch his videos on YouTube and youʹll see the difference. The humor he packs into his performance comes rapid‐fire, and doesnʹt stop until the end. Whether itʹs a set of 15, 30, 60, 90 or 120 minutes, Jeff Allen will make you ache with laughter.

Jeff Allen has been seen on every cable comedy show in the U.S. including Comedy Central’s Premium Blend and VH1’s Standup Spotlight. His one‐hour special, Happy Wife, Happy Life aired on the Odyssey Channel and Family Net. He’s been featured on the Grand Ole Opry, the U.S. Comedy Arts Festival in Aspen and the Montreal Just for Laughs International Comedy Festival ‐ the most prestigious comedy venues in the world. He also headlined his own national comedy tour, Jeff Allen & Friends: Funny People of Faith.