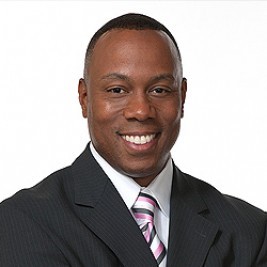 Businesses, Non-profit organizations, event planners and companies across the country have worked closely with our booking agents to hire Jay Harris for a speaking engagements, guest appearances, product endorsements and corporate events. Many of those same clients have continued to turn to our speakers bureau as we can easily align Jay Harris’s availability with their upcoming seminar, gala, annual conference, corporate function, and grand opening. Our close relationship with Jay Harris’s booking agent and management team further enables us to provide inquiring clients with Jay Harris’s speaking fee and appearance cost.

If your goal is to hire Jay Harris to be your next keynote speaker or to be the next brand ambassador our celebrity speakers bureau can assist. If Jay Harris’s booking fee is outside your companies budget or your unable to align with his appearance availability, our booking agents can provide you a list of talent that aligns with your event theme, budget and event date.

Journalist who has worked for ESPN since February 2003, Jay Harris was born February 22, 1965 in Norfolk, Virginia. When he first joined ESPN, he worked primarily on ESPNEWS, but in August 2006, he was named the weekday co-host of the 6pm ET SportsCenter along with Brian Kenny. He also often hosts the SportsCenter 30 at 30 Update.

Prior to ESPN, Harris worked for many years at WPGH-TV in Pittsburgh, Pennsylvania as a weeknight news anchor. He also has local morning radio news experience at WAMO-FM, and national news experience at American Urban Radio Networks, also in Pittsburgh. He also did local radio news at WOWI-FM in Norfolk, Virginia. He is known primarily for his two trademark on-air catch phrases: finishing his interviews with correspondents by saying, "Thank you brother.", and mixing in a high pitched "However" reminiscent of Dumb Donald from Fat Albert and the Cosby Kids.

Harris has several honors including: a Silver World Medal from the New York Festivals, a Robert L. Vann Award from the Pittsburgh Black Media Federation, an EXCEL Award from the Hampton Roads Black Media Professionals. He was also part of two Emmy award winning Sportscenter shows. A 1987 graduate of Old Dominion University, he received a Distinguished Alumni Award and served as the keynote speaker for it's 100th commencement ceremony in 2003 and 2004 respectively.