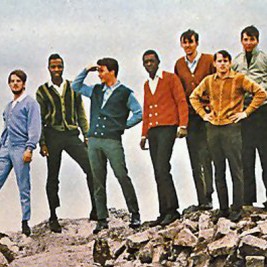 Travel Location
Available Upon Request
Book Jay & The Techniques For

Book Jay & The Techniques for a Speaking Engagement

If your goal is to hire Jay & The Techniques to be your next keynote speaker or to be the next brand ambassador our celebrity speakers bureau can assist. If Jay & The Techniques’s booking fee is outside your companies budget or your unable to align with his appearance availability, our booking agents can provide you a list of talent that aligns with your event theme, budget and event date.

The band was best known for its Top 10 debut single, "Apples, Peaches, Pumpkin Pie", which was released in 1967 and reached #6 in the Billboard Hot 100 chart. The track was arranged by Joe Renzetti, and written by Maurice Irby, Jr. It sold over one million copies, and was awarded a gold disc. Although this song served as the band's primary hit, the group also captured various chart positions with "Keep the Ball Rollin'" (#14) and "Strawberry Shortcake". "Keep the Ball Rollin'" also notched up sales in excess of a million copies, to secure a second gold disc for this group. However, its position on the 1960s pop charts declined after "Baby Make Your Own Sweet Music" was released. They made their final effort with the R&B hit, "Number Onderful", but after that, the group disbanded.

"Apples, Peaches, Pumpkin Pie" and "Baby Make Your Own Sweet Music" were both released in the UK by Mercury Records and whilst neither song charted in Great Britain, in the early 1970s both songs became disco/dance favourites of the British Northern Soul music scene. In 1996, Mercury Records released a compilation album of the band's hits entitled The Best of Jay & The Techniques.

Read More About Jay & The Techniques

NOPACTalent acts as a Celebrity Speakers Bureau and Athlete Booking agency for corporate functions, appearances, private events and speaking engagements. NOPACTalent does not claim or represent itself as Jay & The Techniques’s speakers bureau, agent, manager or management company for Jay & The Techniques or any celebrity on this website. NOPACTalent represents organizations seeking to hire motivational speakers, athletes, celebrities and entertainers for private corporate events, celebrity endorsements, personal appearances, and speaking engagements.