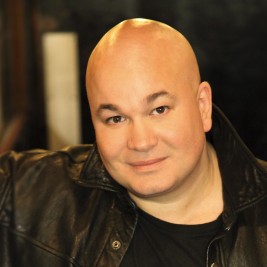 Businesses, Non-profit organizations, event planners and companies across the country have worked closely with our booking agents to hire Robert Kelly for a speaking engagements, guest appearances, product endorsements and corporate events. Many of those same clients have continued to turn to our speakers bureau as we can easily align Robert Kelly’s availability with their upcoming seminar, gala, annual conference, corporate function, and grand opening. Our close relationship with Robert Kelly’s booking agent and management team further enables us to provide inquiring clients with Robert Kelly’s speaking fee and appearance cost.

If your goal is to hire Robert Kelly to be your next keynote speaker or to be the next brand ambassador our celebrity speakers bureau can assist. If Robert Kelly’s booking fee is outside your companies budget or your unable to align with his appearance availability, our booking agents can provide you a list of talent that aligns with your event theme, budget and event date.

Robert Kelly is an American stand-up comedian and actor from Boston, Massachusetts. He frequently performs at the Comedy Cellar. Robert Kelly often appears on The Opie and Anthony Show on Sirius XM Satellite Radio, and has also appeared on Last Call with Carson Daly, Tough Crowd with Colin Quinn, and Premium Blend. He knows hemorrhoids. In 2003, Kelly was voted the Breakthrough Performer of the Year on CringeHumor.net

Kelly is of Irish descent. In 2005, Kelly toured with comedians Dane Cook, Gary Gulman, and Jay Davis on the cross-country tour entitled Tourgasm. After tearing and straining ligaments in his knee, he managed to finish the tour which began airing on HBO as a comedy documentary series in June 2006. Kelly later toured with comedians Al DelBene and Dane Cook as part of Dane Cook's Global Thermo Comedy Tour: Isolated Incident. In 2005 and 2006, Kelly accompanied fellow comedian Colin Quinn to Iraq, where they each performed stand-up for American troops stationed in Baghdad. Kelly was a part of New Jersey's Bamboozle Festival in 2007 as part of the "Pass the Mic Comedy Tour" on Sunday May 6. Kelly also appeared in the 2008 comedy Ghost Town as the ghost of a construction worker. That same year, Kelly also had a small voice part in the 2008 video game Grand Theft Auto IV as Luca Silvestri, a member of the Pegorino crime family and associate of Ray Boccino, who accompanied the main character in a mission. He was featured as Louis CK's brother during the first, fourth, and fifth seasons of the FX sitcom Louie.

In April 2010, Kelly started his own podcast, called You Know What Dude!. It is recorded weekly at the Comedy Cellar. The show regularly features Kelly curating a discussion with 3-5 comedians, with an emphasis on honesty and "ball-busting". His regular guests include Joe List, Luis J Gomez, and Dan Soder. The show was produced until September of 2014 by Kelly Fastuca, and has since been produced by Chris Scopo. An audio version is available on their iTunes page as well as an HD video version on their YouTube page.