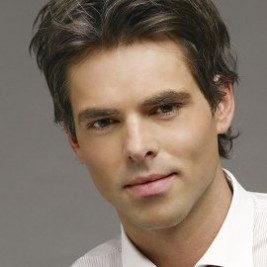 Businesses, Non-profit organizations, event planners and companies across the country have worked closely with our booking agents to hire Jason Thompson for a speaking engagements, guest appearances, product endorsements and corporate events. Many of those same clients have continued to turn to our speakers bureau as we can easily align Jason Thompson’s availability with their upcoming seminar, gala, annual conference, corporate function, and grand opening. Our close relationship with Jason Thompson’s booking agent and management team further enables us to provide inquiring clients with Jason Thompson’s speaking fee and appearance cost.

If your goal is to hire Jason Thompson to be your next keynote speaker or to be the next brand ambassador our celebrity speakers bureau can assist. If Jason Thompson’s booking fee is outside your companies budget or your unable to align with his appearance availability, our booking agents can provide you a list of talent that aligns with your event theme, budget and event date.

At 18 years old, Thompson left home to build a respectable career in runway, print and commercial modeling. One of his most well-known ad campaigns are the three TV commercials for Gap he did with director Pedro Romhanyi in 1999: "Everybody in Cords", "Everybody in Leather" and "Everybody in Vests". Though modeling paid the bills and allowed Jason the opportunity to travel extensively, he admits that becoming an actor was never far from his thoughts.

Within a few years of committing to an acting career, Thompson has amassed various television, film and theatre credits. He has had lead roles in such plays such as The Academy, More Than You and Jakob. In film, Thompson had starring roles in Wishmaster 4: The Prophecy and Divide.

In television, Thompson has landed guest roles on television shows like Felicity, Flipper as Tyler, and Castle.

Thompson's most popular role to date is as Dr. Patrick Drake on the ABC soap opera General Hospital.

In December 2015, it was announced Thompson would join The Young and the Restless as Billy Abbott. He will begin appearing on January 10, 2016.

On April 5, 2015, Thompson married his longtime girlfriend, Paloma Jonas, in San Pancho, Mexico. On January 20, 2016 Soap Opera Digest confirmed that Thompson and his wife are expecting their first child due in May.