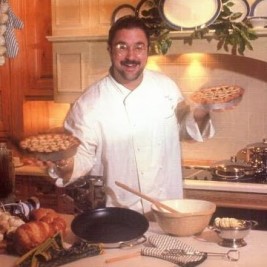 Businesses, Non-profit organizations, event planners and companies across the country have worked closely with our booking agents to hire David Ruggerio for a speaking engagements, guest appearances, product endorsements and corporate events. Many of those same clients have continued to turn to our speakers bureau as we can easily align David Ruggerio’s availability with their upcoming seminar, gala, annual conference, corporate function, and grand opening. Our close relationship with David Ruggerio’s booking agent and management team further enables us to provide inquiring clients with David Ruggerio’s speaking fee and appearance cost.

If your goal is to hire David Ruggerio to be your next keynote speaker or to be the next brand ambassador our celebrity speakers bureau can assist. If David Ruggerio’s booking fee is outside your companies budget or your unable to align with his appearance availability, our booking agents can provide you a list of talent that aligns with your event theme, budget and event date.

As a teenager, Brooklyn-born David Ruggerio showed a strong interest in becoming a chef. He started his training in 1977, spending nine years at Manhattan's top-rated La Caravelle. This is where he won the first of his three three-star reviews from The New York Times, followed by Maxim's de Paris in New York, and Le Chantilly.

Ruggerio honed his culinary skills in France at several of the country's leading restaurants, among them the Hotel Negresco with Jacques Maximin; Moulin de Mougins with Roger Verge; and Les Pres d'Eugenie with Michel Guerard.

From La Caravelle Ruggerio took the helm at Maxim's, owned by designer Pierre Cardin. After two years on Madison Avenue, he became the executive chef and owner of Le Chantilly. There he was honored in 1995 by noted vintner Robert Mondavi as a Rising Star Chef, in the first year of this national awards program. A year later Cardin called on Ruggerio to re-launch Maxim's. Under the chef's creative management, a new audience was attracted and this prime Art Nouveau property was revitalized.

Multi-talented Ruggerio is the author of two books published by Artisan: "Little Italy," and "David Ruggerio's Italian Kitchen." "Little Italy" was made into a PBS series that aired in 1999. His primetime cooking show for the Food Network was shown nationally a year earlier.

Ruggerio also served as executive chef of Steak au Poivre and Brasserie de Boeuf. before formulating the concept for Sushi a-go-go in 2001. This cuisine challenge resulted in a personal spin on the sixties with decor, music, graphics and food.