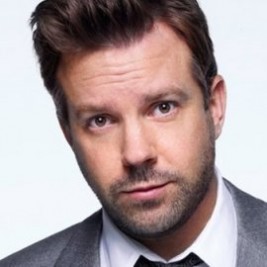 Businesses, Non-profit organizations, event planners and companies across the country have worked closely with our booking agents to hire Jason Sudeikis for a speaking engagements, guest appearances, product endorsements and corporate events. Many of those same clients have continued to turn to our speakers bureau as we can easily align Jason Sudeikis’s availability with their upcoming seminar, gala, annual conference, corporate function, and grand opening. Our close relationship with Jason Sudeikis’s booking agent and management team further enables us to provide inquiring clients with Jason Sudeikis’s speaking fee and appearance cost.

If your goal is to hire Jason Sudeikis to be your next keynote speaker or to be the next brand ambassador our celebrity speakers bureau can assist. If Jason Sudeikis’s booking fee is outside your companies budget or your unable to align with his appearance availability, our booking agents can provide you a list of talent that aligns with your event theme, budget and event date.

Daniel Jason Sudeikis was born September 18, 1975 and is an American actor and comedian currently starring as a cast member on "Saturday Night Live."

Sudeikis was born in Fairfax, VA but moved to Overland Park, KS with his family as a child. Sudeikis began performing at ComedySportz (now Comedy City) in Kansas City. After moving to Chicago, Sudeikis studied at the Annoyance Theatre and ImprovOlympic, where he was one of the founding members of the long-form team J.T.S. Brown.

He was later cast in The Second City's National Touring Company, and also performed with Boom Chicago in Amsterdam. In the early 2000s, he became a founding member of Second City Las Vegas. He continues to frequently perform at the Upright Citizens Brigade Theatre's weekly improv show ASSSCAT 3000 in New York City.

In 2003, while a regular performer at Second City Las Vegas, Sudeikis was hired as a sketch writer for Saturday Night Live, and would occasionally make bit appearances as audience members or extras. In May 2005, he became a featured player on the show, and was upgraded to repertory status at the beginning of the show's 32nd season on September 30, 2006.

He became known for his impersonation of "American Idol" winner Taylor Hicks, as well as one-half of the Two A-Holes with Kristen Wiig. Sudeikis had a recurring guest role on the NBC series "30 Rock" with friend Tina Fey in early 2007, appearing in a total of seven episodes. He played Floyd DeBarber, a love interest of Tina Fey's character Liz Lemon.

Sudeikis did voice work for the videogame Grand Theft Auto IV, playing the role of right-wing radio host Richard Bastion. He also appeared in the 2008 comedy "What Happens in Vegas," playing the role of Cameron Diaz's ex-fiance. In July 2008, Sudeikis co-starred with Bill Hader and Joe Lo Truglio in the Lorne Michaels-produced web-series "The Line on Crackle."

Sudeikis appeared in the film "The Bounty Hunter," released in March 2010. He co-starred alongside Jennifer Aniston and Gerard Butler, playing a colleague of Aniston's character, who falls in love with her.

Sudeikis is currently a voice actor on the FOX animated comedy series "The Cleveland Show." Sudeikis provides the voice for Holt Richter, Cleveland's wannabe hipster neighbor, as well as the voice of Terry Kimple, Cleveland's hard-partying high school buddy, who now works with Cleveland at the cable company. After previously being credited as a recurring guest in season one, Sudeikis was bumped up to a series regular beginning in season two.

In 2012, Sudeikis had a recurring role on the third season of the HBO series "Eastbound & Down" playing both Shane, Kenny Powers battery mate on the Myrtle Beach Mermen, and Shane's twin brother Cole. He also appeared in the comedy "The Campaign" with Will Ferrell and Zach Galifianakis.

Sudeikis continues to perform on "SNL" and has other roles in the works.