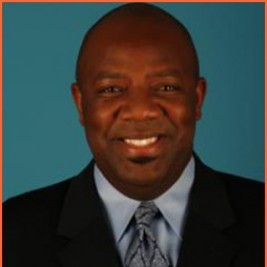 Businesses, Non-profit organizations, event planners and companies across the country have worked closely with our booking agents to hire Jason Jackson for a speaking engagements, guest appearances, product endorsements and corporate events. Many of those same clients have continued to turn to our speakers bureau as we can easily align Jason Jackson’s availability with their upcoming seminar, gala, annual conference, corporate function, and grand opening. Our close relationship with Jason Jackson’s booking agent and management team further enables us to provide inquiring clients with Jason Jackson’s speaking fee and appearance cost.

If your goal is to hire Jason Jackson to be your next keynote speaker or to be the next brand ambassador our celebrity speakers bureau can assist. If Jason Jackson’s booking fee is outside your companies budget or your unable to align with his appearance availability, our booking agents can provide you a list of talent that aligns with your event theme, budget and event date.

Jason Jackson  is an American sportscaster and writer. He worked for ESPN from 1995 until 2002, best known as the host of NBA 2Night. Jackson was fired from ESPN in May 2002 for violating company policy. After his firing, Jackson admitted that he had made "comments that had sexual overtones on occasion in select company," but denied that he had sexually harassed colleagues. ESPN did not disclose the reason for Jackson's firing.

In 2003, he hosted his own sports talk radio show in Hartford, CT, called The Jax Show, and in September 2007, he returned to hosting The Jax Show weekday afternoons on WQAM in Miami. He currently works as a broadcaster for the Miami Heat.

Kelly Dwyer of SI.com wrote in his 2006 "NBA Announcers Report Card" that Jason Jackson might be the best side-line reporter in the business.

He graduated from Bowling Green State University in 1994, where he had served as a resident advisor at Bromfield Hall and as President of the Undergraduate Student Government.