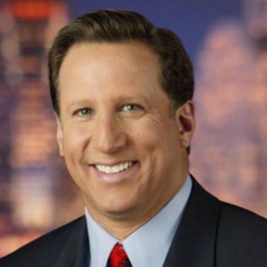 Businesses, Non-profit organizations, event planners and companies across the country have worked closely with our booking agents to hire Bruce Beck for a speaking engagements, guest appearances, product endorsements and corporate events. Many of those same clients have continued to turn to our speakers bureau as we can easily align Bruce Beck’s availability with their upcoming seminar, gala, annual conference, corporate function, and grand opening. Our close relationship with Bruce Beck’s booking agent and management team further enables us to provide inquiring clients with Bruce Beck’s speaking fee and appearance cost.

If your goal is to hire Bruce Beck to be your next keynote speaker or to be the next brand ambassador our celebrity speakers bureau can assist. If Bruce Beck’s booking fee is outside your companies budget or your unable to align with his appearance availability, our booking agents can provide you a list of talent that aligns with your event theme, budget and event date.

Bruce Beck is a veteran broadcaster at News 4 New York. He is the station's Sports Anchor on Friday, Saturday and Sunday, and also files sports reports for various newscasts throughout the week.

Beck received the 2006 New York Emmy for Outstanding Sports Anchor. The National Sportscasters and Sportswriters Association also elected him New York State Sportscaster of the Year for 2007, 2008 and 2010. He is a versatile sportscaster, who has covered a multitude of events for News 4 New York including Super Bowl XLII, the World Series, the NBA Finals, the Stanley Cup Finals, the U.S. Open Tennis Championship, the U.S. Open Golf Championship, the NCAA Final Four, the Kentucky Derby and the 2002, 2004, 2006 and 2008 Olympic Games. Beck was also chosen by St. John's University to deliver the 2009 Commencement speech to its Staten Island Campus on May 16. Where he will also received an Honorary Doctor of Letters Degree

Beck has hosted Mike'd Up, News 4 New York's Sunday Night Sports Show, the Toyota Giants Report with Coach Tom Coughlin, and The Rutgers Report with Coach Greg Schiano. Beck has hosted and contributed to a number of WNBC-TV specials including the live broadcast of the ING New York City Marathon, the Belmont Stakes, the U.S. Open Golf Championship, and "Glory Days," which preceded New York Yankees postseason games. In addition, Beck has hosted the Sun America Sportsdesk and the All-State Sports Update for NBC Sports, and has served as a sideline reporter for the network's coverage of the NBA and WNBA on NBC.

Beck is the host of the weekly Rutgers University basketball and football shows which air on Sportsnet New York. From 2000 to 2008, he was a studio anchor for NBA-TV.

From 1994 to 1997, Beck hosted Sportstalk and Sports Images on CN8, the Comcast Network. He was also the play-by-play voice of Atlantic 10 Conference Basketball and Hofstra University Football while calling college basketball games for CBS Sports. He was the host of CBS' coverage of the Hambletonian and the American Championship Harness Series on ESPN. Beck was a play-by-play voice and host of Showtime's Championship Boxing and one of the first to call the blow-by-blow on the Ultimate Fighting Championship.

From 1982 to 1994, Beck was a staff broadcaster with the MSG Network. Among his many duties, he hosted the station's coverage of the Knicks, Rangers and Yankees. He was the play-by-play announcer for college football and basketball, professional and Golden Gloves boxing and professional tennis. He hosted the Millrose Games, the Virginia Slims Championship, the National Horse Show and the Lou Carnesecca Show.

Every summer, Beck, along with sportscaster Ian Eagle, run a Sports Broadcasting Camp at the Yogi Berra Museum and Learning Center in Montclair, N.J. The camp teaches the fundamentals of broadcasting and features lectures by big name broadcasters.

Each Thanksgiving, Beck and his family serve those in need at the St. John's Bread and Life Program, the largest soup kitchen in Brooklyn. His other charitable endeavors include PACE (Parents Against Childhood Epilepsy), UJA Federation, the Tom Coughlin Jay Fund Foundation, the Crohn's & Colitis Foundation of America, the Alan T. Brown Foundation to Cure Paralysis, the March of Dimes Greater New York Chapter, Page Morton Black's Parkinson's Disease Foundation, the Exchange Club Child Abuse Prevention Center of New York, the Multiple Sclerosis Foundation and the Make-A-Wish Foundation of the Hudson Valley.