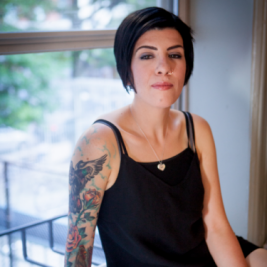 Businesses, Non-profit organizations, event planners and companies across the country have worked closely with our booking agents to hire Jasmin Singer for a speaking engagements, guest appearances, product endorsements and corporate events. Many of those same clients have continued to turn to our speakers bureau as we can easily align Jasmin Singer’s availability with their upcoming seminar, gala, annual conference, corporate function, and grand opening. Our close relationship with Jasmin Singer’s booking agent and management team further enables us to provide inquiring clients with Jasmin Singer’s speaking fee and appearance cost.

If your goal is to hire Jasmin Singer to be your next keynote speaker or to be the next brand ambassador our celebrity speakers bureau can assist. If Jasmin Singer’s booking fee is outside your companies budget or your unable to align with his appearance availability, our booking agents can provide you a list of talent that aligns with your event theme, budget and event date.

Along with her partner, Mariann Sullivan, she is the co-founder of Our Hen House, a central clearinghouse for all kinds of ideas on how individuals can make change for animals. With both a daily blog and a weekly podcast, Our Hen House identifies opportunities, reports on successful activists and enterprises, and brainstorms ideas ranging from the brilliant to the farfetched.

From 2007-2010, Jasmin was the campaigns manager for Farm Sanctuary. During that time, she acted as the National Walk for Farm Animals coordinator and the NYC Walk for Farm Animals coordinator, headed up all grassroots advocacy via Farm Sanctuary’s Advocacy Campaign Team, and led monthly activist meetings in NYC. As a writer, she has blogged for Crazy Sexy Life, Civil Eats, Making Hay, VegDAILY, Zaftig Vegan, and Alternet. She was a columnist for the online magazine Toastermag, and is the current NY Animal Rights Examiner for Examiner.com. Jasmin has contributed several articles to VegNews Magazine (including the current feature for the March/April 2010 issue, “(Car)Bon Voyage”) and has also been published in Heeb Magazine and Satya Magazine (”Coming Out for Animal Rights”).

Jasmin’s workshops — which have been featured in publications such as TimeOut NY and The Village Voice — have been presented at universities and law schools throughout the country, as well as conferences such as Taking Action for Animals, Farm Sanctuary’s Hoe Down, Let Live Northwest Animal Rights Conference, SUNY Social Justice Conference, and the Institute for Critical Animal Studies Conference. In 2009, just before she turned 30, VegNews Magazine named Jasmin one of their “20 Under 30” activists to watch out for.

Prior to her animal activist career, Jasmin was an actor-educator with the AIDS-awareness theatre company, Nitestar. As an actor, she has also performed several times with the show, Mortified, and has been seen in New York City at the Midtown International Fringe Festival, where she won rave reviews for her starring role in “Exhibit This”.