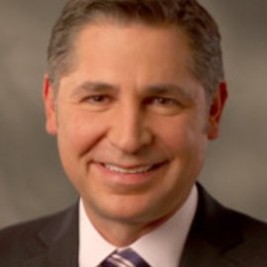 Businesses, Non-profit organizations, event planners and companies across the country have worked closely with our booking agents to hire Dan Gross for a speaking engagements, guest appearances, product endorsements and corporate events. Many of those same clients have continued to turn to our speakers bureau as we can easily align Dan Gross’s availability with their upcoming seminar, gala, annual conference, corporate function, and grand opening. Our close relationship with Dan Gross’s booking agent and management team further enables us to provide inquiring clients with Dan Gross’s speaking fee and appearance cost.

If your goal is to hire Dan Gross to be your next keynote speaker or to be the next brand ambassador our celebrity speakers bureau can assist. If Dan Gross’s booking fee is outside your companies budget or your unable to align with his appearance availability, our booking agents can provide you a list of talent that aligns with your event theme, budget and event date.

Dan Gross, President of the Brady Campaign and Center to Prevent Gun Violence, is one of the foremost leaders in the gun violence prevention movement. After his brother was wounded in a shooting at the Empire State Building in February 1997, Dan left a successful career in advertising to co-found and direct the Center to Prevent Youth Violence (formerly PAX). Through his leadership at CPYV, Dan created and implemented proven, life-saving public health and safety programs, such as the ASK Campaign and SPEAK UP program, which Brady continues today.

Since becoming its President in 2012, Dan has helped to re-establish Brady as one of the most important and effective advocacy organizations in the nation. Under Dan’s leadership, Brady has announced the goal to cut gun deaths in half by 2025 and has developed a clear strategy to achieve that goal, with focused, impact-driven programs focused not on banning guns, but just keeping them out of the wrong hands. As a result of these efforts, within two years, Dan has more-than-doubled Brady’s budget.

Dan is regularly featured as a spokesperson and his interviews and quotes have appeared in virtually all major broadcast and print outlets including Face the Nation, The Today Show, The Colbert Report, and Hannity. He has been profiled in numerous media, such as The Chronicle of Philanthropy (“Taking Aim at Gun Violence”), Gotham Magazine (“The Future of Philanthropy”), The New York Times (Multiple articles, including “The Shot that Changed His Life”), Elle Magazine (“Visionaries”), NBC News (“In Their Own Words”) and CBS Sunday Morning.

Dan developed a close relationship with the late Jim and Sarah Brady, who were role models for what passion, perseverance, and sustained public engagement can accomplish. He is honored to have earned their confidence in the direction of the organization and in his leadership to carry their organization and mission into the future.