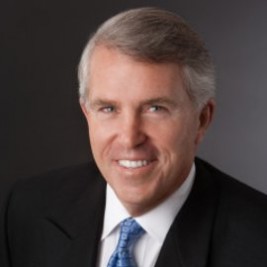 Businesses, Non-profit organizations, event planners and companies across the country have worked closely with our booking agents to hire Jack Ford for a speaking engagements, guest appearances, product endorsements and corporate events. Many of those same clients have continued to turn to our speakers bureau as we can easily align Jack Ford’s availability with their upcoming seminar, gala, annual conference, corporate function, and grand opening. Our close relationship with Jack Ford’s booking agent and management team further enables us to provide inquiring clients with Jack Ford’s speaking fee and appearance cost.

If your goal is to hire Jack Ford to be your next keynote speaker or to be the next brand ambassador our celebrity speakers bureau can assist. If Jack Ford’s booking fee is outside your companies budget or your unable to align with his appearance availability, our booking agents can provide you a list of talent that aligns with your event theme, budget and event date.

Emmy and Peabody Award-winning journalist, nationally recognized trial attorney, author, and teacher, Jack Ford has had a unique and remarkably successful career. Raised by a single parent, his journey has taken him from a small town in New Jersey to Yale University, where he was a three-year starter on the varsity football team, to the Fordham University School of Law, where he helped finance his legal education with winnings from three appearances on the television quiz show, Jeopardy!, to courtrooms throughout the country, and, ultimately, to the upper echelons of television journalism.

Following his graduation from law school, Mr. Ford spent three years as a prosecutor in New Jersey before entering private practice. He became a well-known and respected trial attorney, successfully handling such high profile cases as the Northeast’s first death penalty trial, one of the nation’s first corporate homicide cases, and the Wall Street insider trading scandal of the late 1980’s. In addition, he was an Adjunct Professor of Law at the Fordham Law School, is currently a Visiting Lecturer at Yale University, and speaks frequently at colleges and law schools across the country. His debut novel, The Osiris Alliance, was published to critical acclaim in 2009.

Currently a CBS News Legal Analyst and most recently the Anchor of Jack Ford: Courtside on COURT TV, he began his television news career in 1984 as the Legal Analyst for WCBS-TV in New York. In 1991, he helped launch COURT TV as one of its original anchors. During this period, he also appeared in a number of Fred Friendly’s award-winning PBS Media and Society broadcasts, including acting as Moderator for That Delicate Balance II: The Bill of Rights.

In 1994, Mr. Ford joined NBC News as Chief Legal Correspondent, reporting on major legal cases and issues for NBC Nightly News, The Today Show, and Dateline. In addition, he served as co-anchor for The Weekend Today Show and substitute anchor for Nightly News. Mr. Ford joined ABC News in 1999, serving as an Anchor/Correspondent for both Good Morning America and 20/20. He also hosted the ESPN show, The Sports Reporters II, from 2002-2003. During 2003-2004, he hosted a nationally syndicated morning show for CBS TV/King World.

Mr. Ford’s broadcast journalism work has been honored with a number of awards, including two Emmy Awards, a George Foster Peabody Award, two National Cable Television Awards, an American Radio and Television Award, the National Headliner Award, and the March of Dimes FDR Award. In 1997, he received the NCAA Silver Anniversary Award, which is presented to former outstanding college athletes who have achieved extraordinary success in their professional lives. In 1998, Mr. Ford was honored as a “National Father of the Year”, and in 2009 he was a recipient of Yale University’s highest athletic honor, the “George H.W. Bush Lifetime of Leadership Award.”

Mr. Ford has been the recipient of five honorary degrees, recognizing his professional accomplishments and his extensive public service work. He has served as spokesman, host and/or board member for a number of charitable causes and organizations, including the Susan Komen Breast Cancer Foundation, the Alzheimer’s Association, the N.J. Special Olympics, the Jimmy V Foundation, the National Football Foundation and College Football Hall of Fame, the Ivy League Football Association, the NCAA Honors Committee, Jersey Shore University Medical Center, Monmouth University (NJ), and Yale University.

Mr. Ford resides in Spring Lake, N.J. with his wife of 37 years, Dorothy, and their two children, Ashley and Colin.