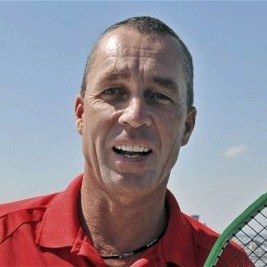 Businesses, Non-profit organizations, event planners and companies across the country have worked closely with our booking agents to hire Ivan Lendl for a speaking engagements, guest appearances, product endorsements and corporate events. Many of those same clients have continued to turn to our speakers bureau as we can easily align Ivan Lendl’s availability with their upcoming seminar, gala, annual conference, corporate function, and grand opening. Our close relationship with Ivan Lendl’s booking agent and management team further enables us to provide inquiring clients with Ivan Lendl’s speaking fee and appearance cost.

If your goal is to hire Ivan Lendl to be your next keynote speaker or to be the next brand ambassador our celebrity speakers bureau can assist. If Ivan Lendl’s booking fee is outside your companies budget or your unable to align with his appearance availability, our booking agents can provide you a list of talent that aligns with your event theme, budget and event date.

Ivan Lendl was born March 7, 1960 and is a former world no.1 professional tennis player. Originally from Czechoslovakia, he became a United States citizen in 1992. He was one of the game's most dominant players in the 1980s and remained a top competitor into the early 1990s. He has been described as one of the greatest tennis players of all time. Lendl's game relied particularly on strength and heavy topspin from the baseline and helped usher in the modern era of "power tennis".

Lendl captured eight Grand Slam singles titles. He competed in 19 Grand Slam singles finals, a record surpassed by Roger Federer in 2009 and Rafael Nadal in 2014. He reached at least one Grand Slam final for 11 consecutive years, a record shared with Pete Sampras, with the male primacy of eight consecutive finals in a Grand Slam tournament (a record shared with Bill Tilden at the US Open). Before the formation of the ATP, Lendl reached a record 12 year-end championships (equalled by John McEnroe). He won two WCT Finals titles and five Masters Grand Prix titles, with the record of nine consecutive finals. He also won a record 22 Grand Prix Super Series titles (1980–89), the precursors to the current ATP Masters 1000.

Lendl first attained the world no. 1 ranking on February 28, 1983 and bolstered his claim to the top spot when he defeated John McEnroe in the 1984 French Open final. For much of the next five years, Lendl was the top-ranked player, until August 1990 (with a break from September 1988 to January 1989 when Mats Wilander was at the top). He finished four years ranked as the world's top player (1985–1987 and 1989) and was ranked no. 1 for a total of 270 weeks and set a new record previously held by Jimmy Connors, since broken by Pete Sampras and Roger Federer. Starting in 2012, he became Andy Murray's coach. He is one of three male players (Jimmy Connors and Roger Federer) to win more than 1000 tennis singles matches (1071). Lendl has won 94 singles titles, second in the Open Era to Connors 109 titles.