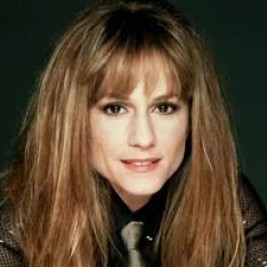 Businesses, Non-profit organizations, event planners and companies across the country have worked closely with our booking agents to hire Holly Hunter for a speaking engagements, guest appearances, product endorsements and corporate events. Many of those same clients have continued to turn to our speakers bureau as we can easily align Holly Hunter’s availability with their upcoming seminar, gala, annual conference, corporate function, and grand opening. Our close relationship with Holly Hunter’s booking agent and management team further enables us to provide inquiring clients with Holly Hunter’s speaking fee and appearance cost.

If your goal is to hire Holly Hunter to be your next keynote speaker or to be the next brand ambassador our celebrity speakers bureau can assist. If Holly Hunter’s booking fee is outside your companies budget or your unable to align with his appearance availability, our booking agents can provide you a list of talent that aligns with your event theme, budget and event date.

Holly Hunter's first starring role in films came in 1987's Raising Arizona. That year, she also starred in Broadcast News, for which she earned an Oscar nomination for the Best Actress. In 1993, she won the Best Actress Oscar for The Piano and showcased her skill with the piano by playing all the elaborate pieces on the score herself. That year, Hunter was also nominated for Best Supporting Actress for The Firm. In 2004, she earned another Best Supporting Actress nomination for Thirteen and voiced a star role (Helen Parr/Elastigirl) in the hit animated film The Incredibles. Hunter has also appeared in several television films and has earned two Emmys.

Hunter earned a degree in drama from Carnegie Mellon University, after which she moved to New York City. When she first moved to Los Angeles she shared a house with a group of people which included actress Frances McDormand and director Sam Raimi. For many years she was in a relationship with actor Arliss Howard. She was married to cinematographer Janusz Kaminski from May 20, 1995 until their divorce on December 21, 2001. Since 2001, she has been in a relationship with British actor Gordon MacDonald, with whom she co-starred in By the Bog of Cats in a 2001 run at the San Jose Repertory Theater, and later in a 2004 West End production. In January 2006, Hunter's publicist announced that the couple had welcomed twins;[1] Entertainment Weekly later reported that the twins were boys.