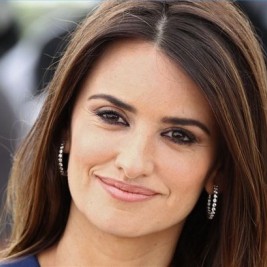 Businesses, Non-profit organizations, event planners and companies across the country have worked closely with our booking agents to hire Penelope Cruz for a speaking engagements, guest appearances, product endorsements and corporate events. Many of those same clients have continued to turn to our speakers bureau as we can easily align Penelope Cruz’s availability with their upcoming seminar, gala, annual conference, corporate function, and grand opening. Our close relationship with Penelope Cruz’s booking agent and management team further enables us to provide inquiring clients with Penelope Cruz’s speaking fee and appearance cost.

If your goal is to hire Penelope Cruz to be your next keynote speaker or to be the next brand ambassador our celebrity speakers bureau can assist. If Penelope Cruz’s booking fee is outside your companies budget or your unable to align with his appearance availability, our booking agents can provide you a list of talent that aligns with your event theme, budget and event date.

Penélope Cruz is a Spanish actress and model. Signed by an agent at age 15, she made her acting debut at 16 on television and her feature film debut the following year in Jamón, jamón (1992), to critical acclaim. Her subsequent roles in the 1990s and 2000s included Open Your Eyes (1997), The Hi-Lo Country (1999), The Girl of Your Dreams (2000) and Woman on Top (2000). Cruz achieved recognition for her lead roles in the 2001 films Vanilla Sky, All the Pretty Horses, Captain Corelli's Mandolin and Blow.

She has since appeared in films in a range of genres, including the comedy Waking Up in Reno (2002), the thriller Gothika (2003), the Christmas movie Noel (2004), and the action adventure Sahara (2005). She was critically acclaimed for her roles in Volver (2006) and Nine (2009) received Golden Globe and Academy Award nominations for each. She won the Academy Award for Best Supporting Actress in 2008 for playing María Elena in Vicky Cristina Barcelona. She was the first Spanish actress in history to receive an Academy Award and the first Spanish actress to receive a star at the Hollywood Walk of Fame.

Cruz has modeled for Mango, Ralph Lauren and L'Oréal. Penélope and her younger sister Mónica Cruz have designed clothing for Mango. Cruz has volunteered in Uganda and India, where she spent one week working with Mother Teresa; she donated her salary from The Hi-Lo Country to help fund the late nun's mission.