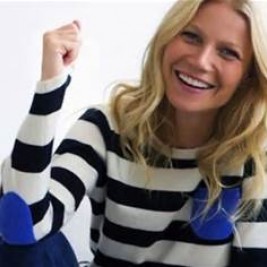 If your goal is to hire Gwyneth Paltrow to be your next keynote speaker or to be the next brand ambassador our celebrity speakers bureau can assist. If Gwyneth Paltrow’s booking fee is outside your companies budget or your unable to align with his appearance availability, our booking agents can provide you a list of talent that aligns with your event theme, budget and event date.

Gwenyth Paltrow's first movie role was in the film "Shout," with the well loved actor, John Travolta.  However, her big break came when she was offered the role of Wendy in Steven Speildberg's wonderland hit "Hook".

The promising actress flourished with roles in films such as "Malice," "Flesh and Bone," "Moonlight and Valentino," "Seven" and "The Talented Mr. Ripley," and "A Perfect Murder".  In 1999, Paltrow was honored with an Academy Award for her role in the romantic comedy, "Shakespeare in Love."

She has been the love interest both on film and off film of famous leading actors such as Brad Pitt, Jude Law and Ben Affleck.

It can definitely be said that stardom is in Gwyneth Paltrow's blood.  She is the daughter of film legends Blythe Danner and Bruce Paltrow.  Her youth was spent watching her father direct popular television series in Los Angeles and watching her Tony award-winning mother perform in New York.

After her debut starring role in "The Adventures of Huckleberry Finn," Paltrow knew that acting was precisely what she was destined to do.