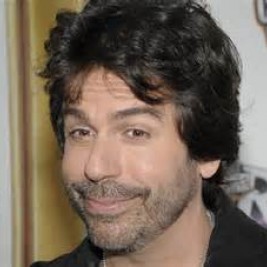 Businesses, Non-profit organizations, event planners and companies across the country have worked closely with our booking agents to hire Greg Giraldo for a speaking engagements, guest appearances, product endorsements and corporate events. Many of those same clients have continued to turn to our speakers bureau as we can easily align Greg Giraldo’s availability with their upcoming seminar, gala, annual conference, corporate function, and grand opening. Our close relationship with Greg Giraldo’s booking agent and management team further enables us to provide inquiring clients with Greg Giraldo’s speaking fee and appearance cost.

If your goal is to hire Greg Giraldo to be your next keynote speaker or to be the next brand ambassador our celebrity speakers bureau can assist. If Greg Giraldo’s booking fee is outside your companies budget or your unable to align with his appearance availability, our booking agents can provide you a list of talent that aligns with your event theme, budget and event date.

Before becoming a comedian, he worked as a lawyer. He is known for his distinct delivery and his skill of ranting, never allowing his rhythm to be broken. Greg Giraldo performs regularly at the Comedy Cellar in Manhattan. Giraldo was a regular panelist on Tough Crowd with Colin Quinn. Additionally, he was the star of the short-lived Common Law and also starred in several pilots, including The Greg Giraldo Show and Gone Hollywood for Comedy Central.

Although the series was not picked up in 2005, The Greg Giraldo Show was a similar format to the cancelled Tough Crowd. The regular comics often joked during the run of Tough Crowd that Giraldo would eventually be the host of the show. However, when Giraldo was offered this series, many of the Tough Crowd comedians were rumored to be frustrated that Giraldo was essentially adopting the format used by Colin Quinn.

Giraldo has appeared on The Late Show with David Letterman, Late Night with Conan O'Brien, and The Howard Stern Show. Giraldo was a panelist on Comedy Central's 100 Greatest Stand-ups of All Time special. He also had his own half-hour special on Comedy Central Presents. He has also written segments for Last Call with Carson Daily.