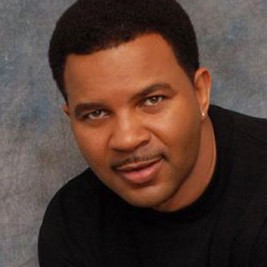 Travel Location
Available Upon Request
Book B. Cole For

Book B. Cole for a Speaking Engagement

Businesses, Non-profit organizations, event planners and companies across the country have worked closely with our booking agents to hire B. Cole for a speaking engagements, guest appearances, product endorsements and corporate events. Many of those same clients have continued to turn to our speakers bureau as we can easily align B. Cole’s availability with their upcoming seminar, gala, annual conference, corporate function, and grand opening. Our close relationship with B. Cole’s booking agent and management team further enables us to provide inquiring clients with B. Cole’s speaking fee and appearance cost.

If your goal is to hire B. Cole to be your next keynote speaker or to be the next brand ambassador our celebrity speakers bureau can assist. If B. Cole’s booking fee is outside your companies budget or your unable to align with his appearance availability, our booking agents can provide you a list of talent that aligns with your event theme, budget and event date.

It's a Cold world out there but comedian, actor, writer and movie producer comedian B. Cole is definitely supplying his own heat. If comedian B.Cole looks familiar its probably because you've seen him on HBO's Def Comedy Jam, Live From L.A., and BET's ComicView for 8 seasons. If you didn't catch him on ComicView then maybe you caught a glimpse of him in the hit movies "Love Jones" and "Barbershop" or on stage during one of the many college tours that he's been a part of.

This multi-talented entrepreneur is no stranger to entertainment. comedian B.Cole has been doing stand up comedy for over 12 years, written and stars in 2 movies and recently received an honor at the Chicago Hip-Hop Awards for his work in film and television. Comedian B.Cole is also the founder and CEO of Cole World Productions, the vehicle in which comedian B.Cole is using as the driving force behind his soon to be released feature, "A Get 2gether". Early on comedian B. Cole knew that he wanted to be an entertainer. Growing up in "the wild 100's", a tumultuous neighborhood on Chicago's south side, comedian B.Cole tried everything until comedian B.Cole found his niche. Looking back on those days comedian B.Cole recalls, "I've always been funny, I tried all the tricks of the trade, I did the rapping thing, tried to do R&B but when I did comedy I saw that it didn't take much but for me to get on stage and do my thing". Needless to say it has worked out well for him, as comedian B.Cole still remains one of the hottest comedians in the biz.

BCole's first movie I'm In Love With A Crackhead was inspired by an original poem that comedian BCole performed on ComicView. The theme of the movie is just as its title explains B COLE falls for the neighborhood crack-cocaine smoker and she takes him for everything including his television and the antenna! Comedian BCole funded the short film with his own money and with the support of friends and family the movie turned out to be hilarious and is definitely a must see. Comedian BCole packaged the movie along with a slamming soundtrack produced by Hula Mahone and featuring appearances by Common, Juice, Bigg Nastie, Justro, DeJion and an original recording of the poem featuring Ant'von, that inspired it all. The business savvy entertainer sold these packages at all of his appearances across the country.

Comedian BCole describes his latest movie "A Get Together" as a new millennium House Party. "Its like the House Party" is "Next Friday" but tonight is "A Get Together", says the author. The movie is about a guy who comes home from college and his parents are leaving town so comedian BCole plans a small get together with a few people. Things get chaotic when his best friend invites the whole neighborhood and turns the intimate gathering into a block party. The all-star cast includes Michael Colyar, Tony Roberts, Simply Marvelous and DJ Kid Capri. BCole also received support from Chicago comedians Marlon Mitchell (comedian of the year), Gerald McQuarter, Muhammad, Wildcat and many more. The movie is currently being viewed at film festivals all over the country while a distribution deal is in the works. But fans of good comedy need not worry, as this sidesplitting feature will soon be in video stores everywhere.

Read More About B. Cole

NOPACTalent acts as a Celebrity Speakers Bureau and Athlete Booking agency for corporate functions, appearances, private events and speaking engagements. NOPACTalent does not claim or represent itself as B. Cole’s speakers bureau, agent, manager or management company for B. Cole or any celebrity on this website. NOPACTalent represents organizations seeking to hire motivational speakers, athletes, celebrities and entertainers for private corporate events, celebrity endorsements, personal appearances, and speaking engagements.