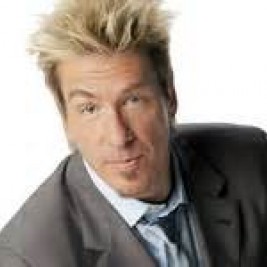 Businesses, Non-profit organizations, event planners and companies across the country have worked closely with our booking agents to hire Greg Behrendt for a speaking engagements, guest appearances, product endorsements and corporate events. Many of those same clients have continued to turn to our speakers bureau as we can easily align Greg Behrendt’s availability with their upcoming seminar, gala, annual conference, corporate function, and grand opening. Our close relationship with Greg Behrendt’s booking agent and management team further enables us to provide inquiring clients with Greg Behrendt’s speaking fee and appearance cost.

If your goal is to hire Greg Behrendt to be your next keynote speaker or to be the next brand ambassador our celebrity speakers bureau can assist. If Greg Behrendt’s booking fee is outside your companies budget or your unable to align with his appearance availability, our booking agents can provide you a list of talent that aligns with your event theme, budget and event date.

While his image and style differ markedly from most comics associated with the so-called alternative comedy scene, he performes alongside comics like David Cross and Patton Oswalt.

Greg Behrendt was a consultant for two 2001 episodes of the popular television show Sex and the City, and co-wrote the New York Times best sellers He's Just Not That Into You and It's Called a Breakup Because It's Broken.

He has appeared regularly on The Tonight Show and Late Night with Conan O'Brien. His stand up special, Greg Behrendt is Uncool, debuted on Comedy Central in January of 2006.