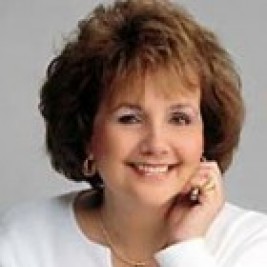 Businesses, Non-profit organizations, event planners and companies across the country have worked closely with our booking agents to hire Gloria Jean for a speaking engagements, guest appearances, product endorsements and corporate events. Many of those same clients have continued to turn to our speakers bureau as we can easily align Gloria Jean’s availability with their upcoming seminar, gala, annual conference, corporate function, and grand opening. Our close relationship with Gloria Jean’s booking agent and management team further enables us to provide inquiring clients with Gloria Jean’s speaking fee and appearance cost.

If your goal is to hire Gloria Jean to be your next keynote speaker or to be the next brand ambassador our celebrity speakers bureau can assist. If Gloria Jean’s booking fee is outside your companies budget or your unable to align with his appearance availability, our booking agents can provide you a list of talent that aligns with your event theme, budget and event date.

In 1979 she opened a small shop in the village of Long Grove Illinois. By 1981 two major shopping malls wanted to test the waters by having a unique store although they weren't certain they would be able to make any money. As they say, the rest is history!!!! Gloria Jean sold her business in 1993. Today there are over 1000 stores worldwide. She also was one of the first women who broke the "glass ceiling". As she tells her success story people are thrilled to meet her and hear the honest hard working lady and what it took to get there. She speaks from her heart and not a memorized piece of paper. Gloria Jean was born and raised in Chicago Illinois. She went to Roosevelt High School on the Northwest Side of Chicago. Her friends recall her as a shy girl who had determination, and was always on the move. She was taught never offer to do something, then back out. Because of that she became a stick-to-it type of person. We see this now as early signs of Gloria Jean's immanent ambitious nature. Gloria Jean married at age 20 and not long after had a little home with two babies. For some that would have been enough---her hand full with two young sons, a load of all papering and a freshly minted "Jaycee of the Year" award from the local Jaycees. Gloria Jean had married the milkman and characteristically she needed to put in more time to earn extra income to help out. She took in bookkeeping, baby-sat for neighbors, demonstrated toys in her home and even put in a stint as an Avon Lady. Later when she put her youngest son on the school bus for his first day at school she enrolled in beauty culture school and got her license as a hairdresser. That led to buying a neighborhood beauty shop in Wheeling Illinois. During the beginning of her success she had divorced her husband and became a single mother. While running her beauty shop she met her husband and ran into a hill of beans. This was 1979, in Long Grove, a quaint, antique village. By 1981 she expanded to Woodfield Mall and Northbrook Court. Gloria Jean was ready to prove to everyone that the public was ready to pay extra for a good cup of coffee, that they were ready, to be introduced to flavored coffee, she also brought espresso coffee to the front counter and show them how fancy drinks can me made with espresso coffee. She introduced the sampler packet, or 1/4 ponder as she called them. Coffee gift ideas, club cards, to name a few. She also made the color green popular. Gloria Jean had hit upon an attractive business formula---the finest gourmet coffees offered in a warm friendly atmosphere by people who really care about their product. She learned that having a coffee is a simple process, but the way everyone likes it is not so simple. Everyone has their own tastes and preferences. There is just no right or wrong way. Now there is abundant variety of choices to suit everyone's personal tastes. Gloria Jean is quoted "Isn't it wonderful to know the first decision you make in the morning when you pour that cup of coffee is the right one for you?" By 1986, she was able to sell her beauty shop and started to franchise her stores. By this time there were 11 stores in Illinois and Wisconsin. By expansion through franchising, the business flourished both nationally and overseas to over 200 stores. Gloria Jean's Gourmet Coffees Inc. Sold in November 1993.