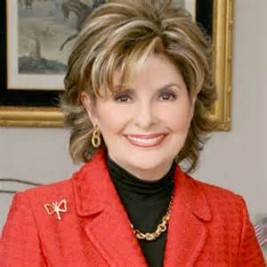 Businesses, Non-profit organizations, event planners and companies across the country have worked closely with our booking agents to hire Gloria Allred for a speaking engagements, guest appearances, product endorsements and corporate events. Many of those same clients have continued to turn to our speakers bureau as we can easily align Gloria Allred’s availability with their upcoming seminar, gala, annual conference, corporate function, and grand opening. Our close relationship with Gloria Allred’s booking agent and management team further enables us to provide inquiring clients with Gloria Allred’s speaking fee and appearance cost.

If your goal is to hire Gloria Allred to be your next keynote speaker or to be the next brand ambassador our celebrity speakers bureau can assist. If Gloria Allred’s booking fee is outside your companies budget or your unable to align with his appearance availability, our booking agents can provide you a list of talent that aligns with your event theme, budget and event date.

Ms. Allred is an attorney and partner with Allred, Maroko & Goldberg. She has been practicing law for over thirty two years. Her law firm, Allred, Maroko & Goldberg, represents plaintiffs in cases involving employment discrimination, including sex, race, age, physical handicap, sexual orientation, Aids, sexual harassment and wrongful termination. The firm is well-known for their work on behalf of victims in civil rights, rape, child sexual abuse and murder cases. She has won countless honors for pioneering legal work on behalf of women's rights and rights for minorities discriminated against because of gender, race, age, sexual orientation, or physical condition. An active feminist, Ms. Allred founded and is currently serving as president of the Women's Equal Rights Legal Defense and Education Fund (WERLDEF). Ms. Allred was a talk show host on KABC TalkRadio in Los Angeles for 14 years and is a columnist for the legal newspaper The Daily Journal. Recently USA Today selected her as one of the twenty-five most important radio talk show hosts in America. She has thrice been nominated for an Emmy for her television commentaries on KABC-TV. Articles by or about Ms. Allred have appeared in publications such as Time Magazine, the New York Times, Ms. Magazine, The American Lawyer, the Daily News, the Wall Street Journal, the Los Angeles Times, the Herald Examiner and the London Times . In July 1990 Los Angeles Magazine named her "one of the 30 Most Powerful People in Los Angeles" and in 1994 "One of the 50 Most Interesting People in Los Angeles." Time Magazine called her "one of the nation's most effective advocates of family rights and feminist causes." In 1985 Ms. Allred received the President's Award from the National Association of Women Lawyers. In 1986 she was honored with a commendation by the Los Angeles County Board of Supervisors for her "exceptional record of achievement." She also received a commendation from Los Angeles Mayor Tom Bradley "for her many outstanding contributions to the justice system." In June 1986, at a White House luncheon, President Ronald Reagan presented her with the "1986 President's Volunteer Action Award" for outstanding volunteerism in response to her development of an innovative child support amnesty program in California. Ms. Allred is also the only individual in the nation to win the "1986 Public Service Award" from the National Association of Federal Investigators and she was voted one of 1987's "Best Lawyers in America" by the attorneys who had won that honor in 1986. She was honored again by her peers in 1991, named one of the best lawyers in America. Every year since 2004 she has be named a Southern California "SuperLawyer" by Law & Politics and Los Angeles Magazine. In addition, she has been recognized by LawDragon magazine as one of the top 500 plaintiff's lawyers in America. Ms. Allred was born in Philadelphia, Pennsylvania, and earned her BA with honors in English from the University of Pennsylvania. She earned her MA from New York University and her JD cum laude from Loyola University Law. She was also awarded an Honorary JD from the University of West Los Angeles School of Law. In addition to her work as an attorney, Ms. Allred has held California life credentials in secondary school education and supervision. She taught in public schools for six-and-one-half years and was a lecturer at the University of Southern California for several years.