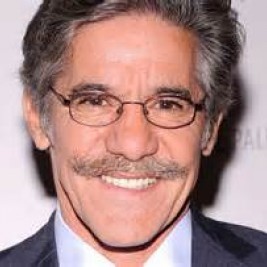 Businesses, Non-profit organizations, event planners and companies across the country have worked closely with our booking agents to hire Geraldo Rivera for a speaking engagements, guest appearances, product endorsements and corporate events. Many of those same clients have continued to turn to our speakers bureau as we can easily align Geraldo Rivera’s availability with their upcoming seminar, gala, annual conference, corporate function, and grand opening. Our close relationship with Geraldo Rivera’s booking agent and management team further enables us to provide inquiring clients with Geraldo Rivera’s speaking fee and appearance cost.

If your goal is to hire Geraldo Rivera to be your next keynote speaker or to be the next brand ambassador our celebrity speakers bureau can assist. If Geraldo Rivera’s booking fee is outside your companies budget or your unable to align with his appearance availability, our booking agents can provide you a list of talent that aligns with your event theme, budget and event date.

Geraldo Rivera was born to a Puerto Rican father and an American Jewish mother and was raised in the Long Island, NY town of Babylon. He is an alumnus of the University of Arizona and graduated from Brooklyn Law School in 1969. He was a lawyer for a New York Puerto Rican group, the Young Lords and attracted the attention of a news producer when he was interviewed about the group's occupation of a Harlem church in 1970.

Rivera was hired by New York City station WABC-TV to be a reporter for Eyewitness News. In 1972 he garnered national attention and won an Emmy Award for his report on sexual abuse of mentally retarded patients at Staten Island's Willowbrook State School, and began to appear on ABC national programs such as 20/20.

In 1985 ABC's Roone Arledge refused to air a report done by Rivera on the relationship between Marilyn Monroe and John F. Kennedy. Rivera publicly criticized Arledge's journalistic integrity (claiming that his friendship with the Kennedy family had caused him to spike the story) and was fired.

In 1986 he hosted a live two hour long special on the opening of what he called "Al Capone's secret vault". However, it is more noted for its disappointing denouement: the contents revealed turned out to be a pile of dirt and a bottle of bathtub gin.[1] The program garnered the highest rating of any syndicated special in television history. Nielsen recorded a 34 average rating and 48 average share in eight markets, and an astounding 57 rating and 73 share in the Chicago market.[2] A disappointed Geraldo anticipated finding bones, but was never able to use "some lines from 'Hamlet'" he rehearsed.[3]

In 1987 he began hosting a daytime talk show, Geraldo, which was oriented toward controversial guests and theatricality - one of the early shows was titled "Men in Lace Panties and the Women Who Love Them". His nose was broken in a well-publicized brawl that occurred on a 1988 show between Neo-nazi skinheads and black and Jewish activists, which sparked Newsweek's characterization of his show as "Trash TV".

He was noted for self-promotion and for inserting himself into stories: he twice had plastic surgery on his program, and his autobiography Exposing Myself caused headlines in 1991 by discussing his sexual dalliances, which included encounters with Bette Midler and Margaret Trudeau. He was also the son-in-law of author Kurt Vonnegut while married to Edith Vonnegut.

In 1993 he began hosting a more sedate nightly discussion of the news on cable station CNBC called Rivera Live while continuing to host Geraldo. The show was portrayed in the series finale episode of Seinfeld, with Geraldo as himself reporting a fictional court event. Geraldo was canceled in 1998 after eleven years on the air.

In 1997 Rivera contracted with NBC to work as a reporter for 6 years for a fee of $30 million. During 1998 and 1999, he extensively covered the impeachment of President Bill Clinton. Following the September 11, 2001 Terrorist Attack, he accepted a pay cut and went to work for the Fox News Channel as a war correspondent starting in November 2001. His brother Craig accompanied him as a cameraman on assignments in Afghanistan.

During the U.S. war in Afghanistan in 2001, he was derided for falsely claiming to be reporting from the scene of a friendly fire incident which in actuality had occurred 300 miles away. He claims the discrepancy resulted from a minor misunderstanding.

Geraldo hosted At Large with Geraldo Rivera, which was shown on Saturday and Sunday nights on Fox News. He left the show October 9, 2005, in order to host a new weekday syndicated show, Geraldo at Large.

During the 2003 Iraq War, as an "embedded journalist" with U.S. forces in Iraq, he drew a map in the sand during a live broadcast on the Fox News Channel, which the Pentagon felt revealed potentially damaging strategic information. The Pentagon announced that they were forcing him out of Iraq; two days later Rivera announced that henceforth and voluntarily he would be reporting on the Iraq conflict from Kuwait. The Daily Show jokingly (yet correctly) pointed out that he was only the fourth person that the Department of Defense had said must leave Iraq - the other three being Saddam Hussein and his two sons.[citation needed]

During 2005 trial of Michael Jackson, Geraldo Rivera vowed to promptly shave his distinctive moustache in the event of a guilty verdict. After a full acquittal on all child molestation charges, Geraldo rejoiced on Access Hollywood, gloating his acquittal prediction had come true and his moustache had been accordingly spared. It was the subject of ridicule for many late-night talk-show hosts.