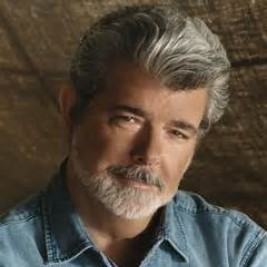 Businesses, Non-profit organizations, event planners and companies across the country have worked closely with our booking agents to hire George Lucas for a speaking engagements, guest appearances, product endorsements and corporate events. Many of those same clients have continued to turn to our speakers bureau as we can easily align George Lucas’s availability with their upcoming seminar, gala, annual conference, corporate function, and grand opening. Our close relationship with George Lucas’s booking agent and management team further enables us to provide inquiring clients with George Lucas’s speaking fee and appearance cost.

If your goal is to hire George Lucas to be your next keynote speaker or to be the next brand ambassador our celebrity speakers bureau can assist. If George Lucas’s booking fee is outside your companies budget or your unable to align with his appearance availability, our booking agents can provide you a list of talent that aligns with your event theme, budget and event date.

George Lucas's devotion to timeless storytelling and cutting-edge innovation has resulted in some of the most successful and beloved films of all time.

His films celebrate the boundless potential of the individual to overcome any limitations -- something he firmly believes. This theme is strong in the early movies that marked the start of his professional career. In 1971, using San Francisco production studio American Zoetrope and long-time friend Francis Ford Coppola as executive producer, Lucas transformed an award-winning student film into his first feature, THX-1138.

Lucas' second feature film, the low-budget American Graffiti (1973), became the most successful film of its time, and garnered the Golden Globe, the New York Film Critics' and National Society of Film Critics' awards. Pushing the boundaries of storytelling into new directions, American Graffiti was the first film of its kind to tell multiple stories through interweaving narratives backed by a soundtrack of contemporary music.

It was Lucas' third film, 1977's Star Wars, that changed everything. A deceptively simple morality tale of good versus evil told across a fantastic landscape of exotic planets and bizarre creatures, Star Wars became an international phenomenon, despite the fact that few saw its potential during production. Refusing to accept the limitations of filmmaking at the time, Lucas created his own visual effects company, Industrial Light & Magic, to deliver the hundreds of shots that were required to make his vision a reality. Star Wars broke all box-office records, set new standards for sophistication in film visuals and sound, garnered eight Academy Awards, and inspired a generation of young people to follow their imagination and dreams. The success of Star Wars allowed Lucas to remain independent and continue operating in Marin County, Calif.

Lucas has been the storywriter and executive producer of a series of box-office beginning with the continuation of the Star Wars saga: The Empire Strikes Back in 1980 and Return of the Jedi in 1983. In 1981, he created the classic adventurer Indiana Jones, and co-wrote and executive-produced the successful series consisting of Raiders of the Lost Ark (1981), Indiana Jones and the Temple of Doom (1984) and Indiana Jones and the Last Crusade (1989), a trilogy that won eight Academy Awards. Later, a television series, The Young Indiana Jones Chronicles, won 12 Emmy Awards.

In 1987, Lucas joined forces with The Walt Disney Company for Disneyland's launch of Star Tours, an innovative attraction based on the Star Wars films. The classic attraction continues to entertain crowds in four Disney theme parks worldwide.

Lucas served as executive producer for two very different films in 1988: the adventure-fantasy film Willow, which was based on Lucas' original story and directed by Ron Howard; and Tucker: The Man And His Dream, directed by Francis Coppola. Each film received three Academy Award nominations. As executive producer, Lucas's films also include Akira Kurosawa's Kagemusha (1980); Mishima (1985); Latino (1985); Howard the Duck (1986); Labyrinth (1986); as well as 1994's Radioland Murders and Special Editions of the Classic Star Wars Trilogy in 1997.

Lucas returned to directing in 1999 with the first of three new episodes of the Star Wars saga: Star Wars: Episode I The Phantom Menace, the year's top box-office hit, which was also the first major live-action film to be projected digitally. Three years later, Episode II Attack of the Clones broke new ground as the first major movie shot using entirely digital media. In 2005, Star Wars: Episode III Revenge of the Sith, the final movie in the epic saga, was the top-grossing film worldwide of 2005.

As Lucas has continued making movies, his Lucasfilm Ltd. has grown into one of the world's leading entertainment companies.

Industrial Light & Magic continues forging new paths. Since its inception, it has won 14 Academy Awards and has created visual effects for some of the most popular movies ever made. ILM long ago reached the limits of standard photochemical visual effects, and has become a trailblazer in the world of digital imagery, beginning with the world's first computer-generated character in a live-action movie, created for 1985's Young Sherlock Holmes. ILM has never stopped breaking ground, delivering such memorable movie creations as the awe-inspiring dinosaurs of Jurassic Park; the marauding skeletal pirates in Pirates of the Caribbean: Curse of the Black Pearl; and the menacing alien tripods in War of the Worlds.

Skywalker Sound, meanwhile, has applied it own brand of perfection and devotion to the crafting of a film's soundtrack and post-production editing. Lucasfilm post-production innovations, including the SoundDroid and the EditDroid, pioneered non-linear video editing and became the basis of the standard editing platforms used in film and television today. Together, Skywalker Sound, ILM and Lucasfilm have been nominated for more than 100 Academy Awards and received 40 Oscars and special achievement awards.

Lucasfilm also includes LucasArts, one of the entertainment industry's most exciting and fast-growing videogame companies. Founded in 1982, LucasArts today is a leading publisher and developer of interactive entertainment software for videogame consoles and PCs, and enjoys a growth rate unrivaled in the industry. In 2006, LucasArts debuted such chart-topping titles as LEGO Star Wars II: The Original Trilogy, among the best-selling games of the year; Thrillville, the year's No. 1 original children's franchise; and the best-selling PC title Star Wars: Empire at War.

Lucas Licensing manages the creation of toys, apparel, books and merchandise that bring the Star Wars adventure into the home. Its partnerships with some of the world's leading companies have made Star Wars into the biggest film-licensing franchise of all time.

Lucas has also taken a leadership role in applying his technical and storytelling expertise to the classroom, engaging students through interactive multimedia environments. He is chairman of the board of the George Lucas Educational Foundation and also serves on the board of the Film Foundation and is a member of the USC School of Cinema-Television Advisory Board.

Over the years, Lucas has received some of the entertainment industry's highest honors, including the Irving G. Thalberg Memorial Award from the Academy of Motion Picture Arts and Sciences; the American Film Institute's Lifetime Achievement Award; and the Lifetime Achievement Award from the Visual Effects Society. He has also received the nation's highest award for technological achievement, the National Medal of Technology, presented by the President of the United States for 30 years of innovation at Industrial Light & Magic.