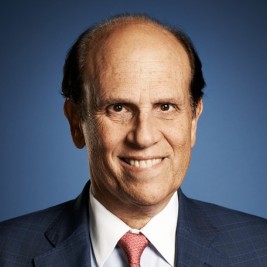 Businesses, Non-profit organizations, event planners and companies across the country have worked closely with our booking agents to hire Michael Milken for a speaking engagements, guest appearances, product endorsements and corporate events. Many of those same clients have continued to turn to our speakers bureau as we can easily align Michael Milken’s availability with their upcoming seminar, gala, annual conference, corporate function, and grand opening. Our close relationship with Michael Milken’s booking agent and management team further enables us to provide inquiring clients with Michael Milken’s speaking fee and appearance cost.

If your goal is to hire Michael Milken to be your next keynote speaker or to be the next brand ambassador our celebrity speakers bureau can assist. If Michael Milken’s booking fee is outside your companies budget or your unable to align with his appearance availability, our booking agents can provide you a list of talent that aligns with your event theme, budget and event date.

Named one of the '75 Most Influential People of the 21st Century' by Esquire  magazine, Michael Milken is in his fourth decade of driving social change. It was in 1972, three years after Milken began a legendary career on Wall Street, when his wife told him her mother had been diagnosed with breast cancer. That marked the beginning of his search for medical solutions, which has played as large a role in his life as his better-known innovations in finance. Nearly 33 years after he began parallel careers in philanthropy and finance, Fortune magazine wrote, "No one had ever really pulled together the full picture of how - and how much - (Milken) has shaken up the medical establishment and saved lives." Fortune corrected that with a 2004 cover story under the headline The Man Who Changed Medicine.