Search George Haley
Former U.S. Ambassador to the Republic of The Gambia in Banjul, West Africa 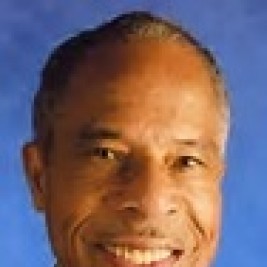 Businesses, Non-profit organizations, event planners and companies across the country have worked closely with our booking agents to hire George Haley for a speaking engagements, guest appearances, product endorsements and corporate events. Many of those same clients have continued to turn to our speakers bureau as we can easily align George Haley’s availability with their upcoming seminar, gala, annual conference, corporate function, and grand opening. Our close relationship with George Haley’s booking agent and management team further enables us to provide inquiring clients with George Haley’s speaking fee and appearance cost.

If your goal is to hire George Haley to be your next keynote speaker or to be the next brand ambassador our celebrity speakers bureau can assist. If George Haley’s booking fee is outside your companies budget or your unable to align with his appearance availability, our booking agents can provide you a list of talent that aligns with your event theme, budget and event date.

In 1990, President Bush appointed George W. Haley, Esq. Chairman of the Postal Rate Commission (PRC), a term he served until 1992. In October of 1992, President Clinton re-commissioned him to the board of the PRC, though this time as its Commissioner, he served from 1993 to 1998. Prior to his assuming his Commission post, Mr. Haley, an attorney, was President of George W. Haley, P.C., located in Washington, DC, which specialized in transportation, corporate, and international law.

Mr. Haley's public service began in Kansas City, Kansas, where he began his practice of law in the fall of 1952. While in private practice, he also served as Deputy City Attorney (1954-1964) and later as State Senator (1964-1968). After coming to Washington, he served as Chief Counsel of the Federal Transit Administration (then known as the Urban Mass Transportation Administration) (1969-1973), Associate Director for Equal Employment Opportunity at the United States Information Agency (USIA) (1973-1976), and as General Counsel and Congressional Liaison at USIA (1976-1977). After leaving USIA, he became a partner in the law firm of Obermayer, Rebmann, Maxwell & Hippel, of Philadelphia and Washington, until he established his own firm in 1981.