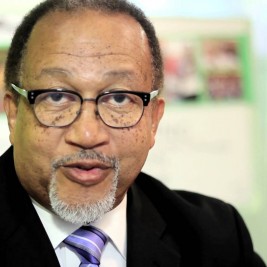 If your goal is to hire Benjamin Chavis to be your next keynote speaker or to be the next brand ambassador our celebrity speakers bureau can assist. If Benjamin Chavis’s booking fee is outside your companies budget or your unable to align with his appearance availability, our booking agents can provide you a list of talent that aligns with your event theme, budget and event date.

Dr. Benjamin Franklin Chavis, Jr. is an African American civil rights leader, born in Oxford, North Carolina. In his youth, Chavis was an assistant to Martin Luther King, Jr., who inspired him to work in the civil rights movement.

At the age of 24, Chavis rose to international prominence as the leader of the Wilmington Ten, civil rights activists who were charged with committing arson. After the conviction of the entire group Chavis received a sentence of 34 years in prison. Along with the other members of the Wilmington Ten, Chavis walked to his freedom in 1980 after the federal appeals court overturned the convictions and cited "prosecutorial misconduct." Upon his release from prison, Dr. Chavis returned to the field of civil rights, and he became a Vice President of the National Council of Churches.

The board of the NAACP elected Chavis as the Executive Director of America's oldest civil rights organization. Chavis later served as the National Director of the Million Man March, and the Founder and CEO of the National African American Leadership Summit (NAALS). Since 2001, Chavis has been CEO and Co-Chairman of the Hip-Hop Summit Action Network,[1][2] in New York City which he co-founded with hip-hop mogul Russell Simmons. In 2009, Chavis joined with Ezell Brown and established Education Online Services Corporation headquartered in Coral Springs, Florida. In 2011, Chavis collaborated with multi-platinum music producer and author Sahpreem A. King on "Surviving the Game: How to Succeed in the Music Business" where Chavis is credited as author of the foreword and technical advisor.

On June 24, 2014, Chavis became the interim president and CEO of the National Newspaper Publishers Association, an African-American organization which focuses on supporting and advocating for publishers of the nation's more than 200 black newspapers. In 2015, he helped organize the 20th Anniversary of the Million Man March: Justice or Else.