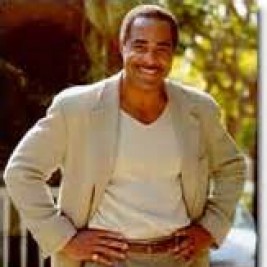 Businesses, Non-profit organizations, event planners and companies across the country have worked closely with our booking agents to hire Geoffrey Ewing for a speaking engagements, guest appearances, product endorsements and corporate events. Many of those same clients have continued to turn to our speakers bureau as we can easily align Geoffrey Ewing’s availability with their upcoming seminar, gala, annual conference, corporate function, and grand opening. Our close relationship with Geoffrey Ewing’s booking agent and management team further enables us to provide inquiring clients with Geoffrey Ewing’s speaking fee and appearance cost.

If your goal is to hire Geoffrey Ewing to be your next keynote speaker or to be the next brand ambassador our celebrity speakers bureau can assist. If Geoffrey Ewing’s booking fee is outside your companies budget or your unable to align with his appearance availability, our booking agents can provide you a list of talent that aligns with your event theme, budget and event date.

After six years of performing in Regional theatre, including two years as a founding member of the American Players theatre in Spring Green, Wisconsin, a company that focused totally on Shakespearean classics, he moved to New York City. Since 1982 Mr. Ewing has performed on Broadway, off-Broadway, in daytime and prime time television, with a few TV commercials on the side.

Geoffrey Ewing conceived, co-wrote, and starred in his one-man play Ali, about the life and times of "The Greatest"! He states unequivocally, Ali is the pride of my career. I have been privileged to perform the show in New York City, Los Angeles, California, London, England, the National Black Arts Festival, and for the 1996 Olympic Arts Festival in Atlanta".

Mr. Ewing has been a contract player on two different daytime soap operas. On Loving (ABC) as Detective Charles Harrison and most recently on Guiding Light (CBS) as Griffin Williams.

Mr. Ewing's current offering, a Lecture/Performance entitled "A Tribute To The Greatest" is an offshoot of his hit off-Broadway play Ali and is being wonderfully received.