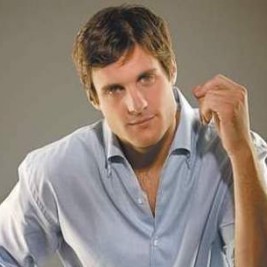 Businesses, Non-profit organizations, event planners and companies across the country have worked closely with our booking agents to hire Drew Bennett for a speaking engagements, guest appearances, product endorsements and corporate events. Many of those same clients have continued to turn to our speakers bureau as we can easily align Drew Bennett’s availability with their upcoming seminar, gala, annual conference, corporate function, and grand opening. Our close relationship with Drew Bennett’s booking agent and management team further enables us to provide inquiring clients with Drew Bennett’s speaking fee and appearance cost.

If your goal is to hire Drew Bennett to be your next keynote speaker or to be the next brand ambassador our celebrity speakers bureau can assist. If Drew Bennett’s booking fee is outside your companies budget or your unable to align with his appearance availability, our booking agents can provide you a list of talent that aligns with your event theme, budget and event date.

Drew Bennett was born August 26, 1978 in Berkeley, California and is a former wide receiver of the National Football League. He was signed by the Tennessee Titans as an undrafted free agent in 2001. He played college football at UCLA.

From 2001 to 2006, Bennett played wide receiver for the Tennessee Titans, becoming a full-time starter. During the 2004 season he tied an NFL record by scoring eight touchdowns in a three-game span.

Bennett was also a member of the St. Louis Rams and Baltimore Ravens. He retired prior to the 2009 season due to a knee injury.

From 2001 to 2006, Bennett played wide receiver for the Tennessee Titans, becoming a full-time starter. During the 2004 season he tied an NFL record by scoring eight touchdowns in a three-game span. In 2007, Bennett became a free agent and signed with the St. Louis Rams. He signed a six-year deal worth $30 million, with $10 million guaranteed. He played his two guaranteed seasons with the Rams before being released on February 25, 2009.

Due to injury Drew Bennett retired on July 26, 2009 because a previous knee condition flared up.