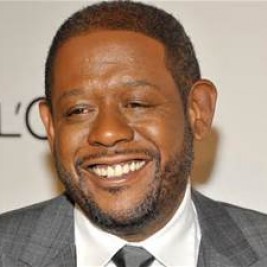 If your goal is to hire Forest Whitaker to be your next keynote speaker or to be the next brand ambassador our celebrity speakers bureau can assist. If Forest Whitaker’s booking fee is outside your companies budget or your unable to align with his appearance availability, our booking agents can provide you a list of talent that aligns with your event theme, budget and event date.

Forest Steven Whitaker (born July 15, 1961) is an American actor, producer, and director. He has earned a reputation for intensive character study work for films such as Bird and Ghost Dog: The Way of the Samurai, and for his recurring role as ex-LAPD Lieutenant Jon Kavanaugh on the gritty, award-winning television series, The Shield. Whitaker won an Academy Award for his performance as Ugandan dictator Idi Amin in the 2006 film The Last King of Scotland. Whitaker has also won a Golden Globe, and a BAFTA. Whitaker was born in Longview, Texas, and his family moved to South Central Los Angeles when he was four. His father, Forest Whitaker, Jr., was an insurance salesman and the son of novelist Forest Whitaker, Sr. His mother, Laura Francis (née Smith), was a special education teacher who put herself through college and earned two Masters degrees while raising her children. Whitaker has two younger brothers, Kenn and Damon, and an older sister, Deborah. As a teenager, Whitaker commuted from Carson to wealthy Palisades High School on LA's West Side. There, he was all-league defensive tackle on the football team quarterbacked by Jay Schroeder, a future NFL player. While in high school, he also took voice lessons, performed in musicals, and caught the "acting bug"; his first role as an actor was the lead in Dylan Thomas' play, Under Milk Wood. Whitaker graduated from "Pali High" in 1979. Whitaker then attended California State Polytechnic University, Pomona (Cal Poly Pomona) on a football scholarship, but due to a debilitating back injury, he changed his major to music (voice). He toured England with the Cal Poly Chamber Singers in 1980. While still at Cal Poly, he briefly changed his major to drama. He was accepted to the Music Conservatory at the University of Southern California to study opera as a tenor, and subsequently was accepted into the University's Drama Conservatory. He graduated from USC in 1982. He also earned a scholarship to the Berkeley, California branch of the Drama Studio London.