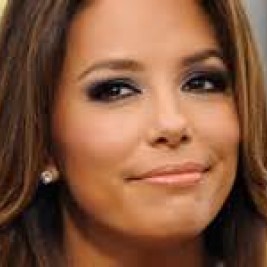 Businesses, Non-profit organizations, event planners and companies across the country have worked closely with our booking agents to hire Eva Longoria for a speaking engagements, guest appearances, product endorsements and corporate events. Many of those same clients have continued to turn to our speakers bureau as we can easily align Eva Longoria’s availability with their upcoming seminar, gala, annual conference, corporate function, and grand opening. Our close relationship with Eva Longoria’s booking agent and management team further enables us to provide inquiring clients with Eva Longoria’s speaking fee and appearance cost.

If your goal is to hire Eva Longoria to be your next keynote speaker or to be the next brand ambassador our celebrity speakers bureau can assist. If Eva Longoria’s booking fee is outside your companies budget or your unable to align with his appearance availability, our booking agents can provide you a list of talent that aligns with your event theme, budget and event date.

Eva Jacqueline Longoria, born March 15, 1975. is an American actress, producer, director, activist and businesswoman. Longoria's career began in 1998, when she won the title of Miss Corpus Christi, and later began entering talent contests that led her to Los Angeles; shortly after, she was spotted and signed by a theatrical agent. Eva began to raise her profile after having roles as Isabella Braña on the CBS soap opera The Young and the Restless from 2001 to 2003. In 2004 she signed as Gabrielle Solis on the ABC television series Desperate Housewives. For her work on Desperate Housewives she received a Golden Globe Award nomination. She has also starred in films such as Harsh Times (2005), The Sentinel (2006), and Over Her Dead Body (2008).

Besides acting Longoria has ventured into business and has released various books. Longoria is also known for her charity work and was named as the Philanthropist of the year by The Hollywood Reporter. Longoria has been married twice. She married actor Tyler Christopher in 2002, and the pair were divorced by 2004. She married French basketballer Tony Parker in 2007; however, the pair divorced in 2011.