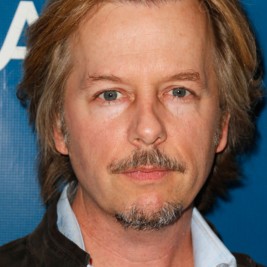 Businesses, Non-profit organizations, event planners and companies across the country have worked closely with our booking agents to hire David Spade for a speaking engagements, guest appearances, product endorsements and corporate events. Many of those same clients have continued to turn to our speakers bureau as we can easily align David Spade’s availability with their upcoming seminar, gala, annual conference, corporate function, and grand opening. Our close relationship with David Spade’s booking agent and management team further enables us to provide inquiring clients with David Spade’s speaking fee and appearance cost.

If your goal is to hire David Spade to be your next keynote speaker or to be the next brand ambassador our celebrity speakers bureau can assist. If David Spade’s booking fee is outside your companies budget or your unable to align with his appearance availability, our booking agents can provide you a list of talent that aligns with your event theme, budget and event date.

David Spade joined "Saturday Night Live" in 1990 as a regular cast member and writer. In 1995, after many of the cast left, Spade stayed to help in the transition with the new cast.  Spade returned to host an episode in 1998 and another in 2005.

David Spade received a star on the Hollywood Walk of Fame on Friday, September 5, 2003.  The star is located at 7018 Hollywood Blvd.

Currently, David Spade is the host of a new Comedy Central show, "The Showbiz Show with David Spade". On the show, he makes fun of Hollywood and celebrities similar to his old "Hollywood Minute" segment on "Saturday Night Live".